Food Cravings May be 'Hard-Wired' in the Brain 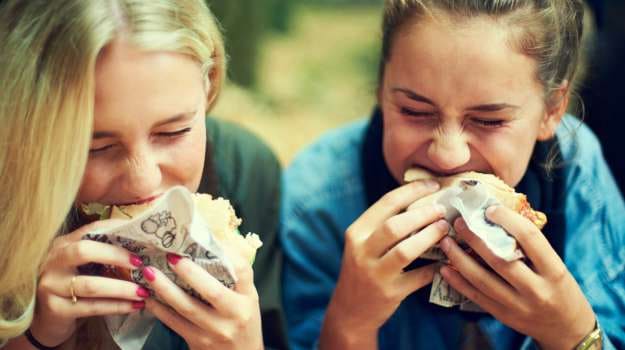 Food craving may be 'hard-wired' in the brain of overweight patients, say scientists who found that obesity is associated with neural changes similar to those found in substance addiction. Recent studies suggest that the brain mechanisms underlying obesity may be similar to those in substance addiction, and that treatment methodologies may be approached in the same way as alcohol or drug addiction.

To test this, researchers from the University of Granada, Spain, and Monash University in Australia, looked for the functional connectivity differences in brain reward systems of normal-weight and obese individuals. The researchers gave buffet-style food to 39 obese and 42 normal-weight individuals. Later, they were put into functional MRI brain scanners and shown photographs of the food to stimulate food craving.

The functional MRI scans showed that food craving was associated with different brain connectivity, depending on whether the subject was normal-weight or overweight. They found that in obese individuals, the stimulus from food craving was associated with a greater connectivity between the dorsal caudate and the somatosensory cortex, implicated in reward-based habits and the coding of the energetic value of foods, respectively.

However, with normal weight individuals, food craving was associated with a greater connectivity between different parts of the brain - eg between the ventral putamen and the orbitofrontal cortex.

The researchers then measured Body Mass Index (BMI) three months afterwards and found that 11 per cent of the weight gain in the obese individuals could be predicted by the presence of the increased connectivity between the dorsal caudate and the somatosensory cortex areas of the brain.

"There is an ongoing controversy over whether obesity can be called a 'food addiction,' but in fact there is very little research which shows whether or not this might be true," said lead researcher Oren Contreras-Rodriguez, from the University of Granada. "The findings in our study support the idea that the reward processing following food stimuli in obesity is associated with neural changes similar to those found in substance addiction.

"This still needs to be viewed as an association between food craving behaviour and brain changes, rather than one necessarily causing the other. "However, these findings provide potential brain biomarkers which we can use to help manage obesity, for example through pharmacotherapies and brain stimulation techniques that might help control food intake in clinical situations," said Contreras-Rodriguez.