Genes to Decide What Diet Suits You Best 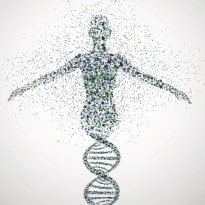 Soon, genetic testing may identify what diet you should consume for a longer, healthier life. Researchers have identified a group of genes that allow an organism to adapt to different diets and show that without them, even minor tweaks to diet can cause premature aging and death.

"The studies have revealed that single gene mutations can alter the ability of an organism to utilise a specific diet. This could explain why certain diets work for some but not others," explained Sean Curran, assistant professor at University of Southern California (USC).

In the age of commercial gene sequencing, people might be able to identify which diet would work best for them through a simple blood test, added Shanshan Pang from USC. They studied caenorhabditis elegans - a one-milimetre-long worm that scientists have used as a model organism for years.

Curran and Pang identified a gene called 'alh-6' which delayed the effects of aging depending on what type of diet the worm was fed by protecting it against diet-induced mitochondrial defects.

"What we have learned in the worm could translate to a better understanding of the factors that alter diet success in humans," Curran said in the study appeared in the journal Cell Metabolism.

Finding a genetic basis for an organism's dietary needs suggests that different individuals may be genetically predisposed to thrive on different diets. This could be the start of personalised dieting based on an individual's genetic makeup, Curran stressed.