Do you find karela (bitter gourd), amla (Indian gooseberry) and methi (fenugreek leaves) to be exceptionally bitter? If yes, then your genes may be responsible for this. 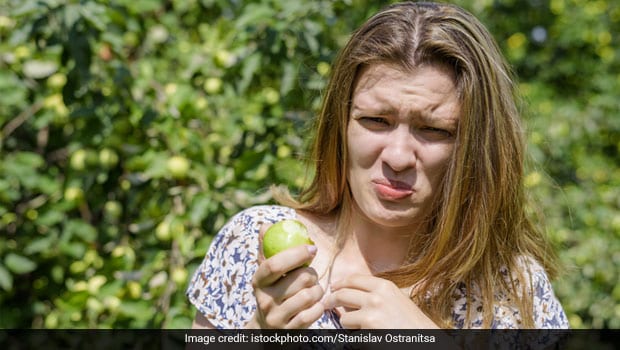 According to a new study, a specific gene makes certain compounds taste bitter.

When it comes to food preferences, they vary from person-to-person and what we consume is sensed by receptors that are located in the tongue and nose. But if you find karela (bitter gourd), amla (Indian gooseberry) and methi (fenugreek leaves) to be exceptionally bitter, then your genes may be responsible for this. According to a new study that is scheduled to be presented at the American Heart Association's Scientific Sessions 2019 -- November 16-18 in Philadelphia, a specific gene makes certain compounds taste bitter, which may further make it harder for some people to add heart-healthy vegetables to their diet.

"Your genetics affect the way you taste, and taste is an important factor in food choice," said study author Jennifer L. Smith from University of Kentucky.

According to the researchers, everyone inherits two copies of a taste gene called "TAS2R38". People who inherit two copies of the variant called AVI aren't sensitive to bitter tastes from certain chemicals. Those with one copy of AVI and another called PAV perceive bitter tastes of these chemicals; however, individuals with two copies of PAV, often called 'super-tasters,' find the same foods exceptionally bitter.

About 175 people (average age 52, more than 70 per cent female) were part of the study. The researchers analysed food-frequency questionnaires filled by participants. As per the findings of the study, people with the PAV form of the gene were more than two and a half times as likely to rank in the bottom half of participants on the number of vegetables eaten. Other than this, the bitter-tasting status did not influence how much fat, sugar or salt the participants ate.

"We're talking a ruin-your-day level of bitter when they tasted the test compound. These people are likely to find broccoli, Brussels sprouts and cabbage unpleasantly bitter; and they may also react negatively to dark chocolate, coffee and sometimes beer," Smith said.

"We thought they might take in more sugar and salt as flavour enhancers to offset the bitter taste of other foods, but that wasn't the case," Smith said.

"Down the road we hope we can use genetic information to figure out which vegetables people may be better able to accept and to find out which spices appeal to super-tasters, so we can make it easier for them to eat more vegetables," Smith added.