Good Carbs Versus Bad Carbs: Do You Really Need to Worry? 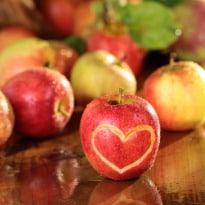 The idea that all carbohydrates are not created equal has become the foundation of many popular diets. Some argue that foods like white bread and potatoes, which have a high so-called glycemic index because they spike blood sugar and insulin, should be avoided in favor of more healthful carbs like whole grains and non-starchy vegetables. But a rigorous new research from the National Institutes of Health suggests that for people who already follow a healthful diet, the glycemic index may not be very important.

"The dogma out there is that a high glycemic index is bad," said Dr. Robert Eckel, a past president of the American Heart Association and a professor at the University of Colorado, who was not involved in the research. "I hope that ultimately the glycemic index will be left on the shelf."

Last year, a committee of scientists led by the chair of the Harvard School of Public Health called for glycemic values to be included on food labels and emphasized in dietary guidelines. The committee said it was crucial that the public understand the glycemic response to foods "given the rapid rise in diabetes and obesity."

But the evidence from studies has been mixed. The 2010 Dietary Guidelines for Americans encourage people to eat whole grains and "naturally occurring carbohydrates." The guidelines caution that "strong evidence" shows no relationship between the glycemic index of foods and body weight, even though some studies suggest otherwise.

In the new study, researchers wanted to find out whether diets that were similar in calories and carbohydrates but composed of either high or low glycemic foods had different effects on cardiovascular health. So they recruited 163 people, most of them overweight and with high blood pressure, putting them at greater risk of heart disease and Type 2 diabetes.

The subjects were rotated through four diets for five weeks at a time, with all of their food provided to them. The researchers said they devised each diet to be heart healthy, with plenty of fruits, vegetables, beans, fish, poultry, lean meat and grains. Two of the diets were slightly higher in carbs than what the average American eats, and two were slightly lower.

When the overall amount of carb intake was lowered, cardiovascular risk factors like cholesterol, triglycerides and blood pressure moved in the right direction. But when two diets had similar amounts of carbs and calories, the low glycemic approach did not improve insulin sensitivity, cholesterol or blood pressure levels.

Dr. Frank M. Sacks, the lead author of the study and a professor at Harvard Medical School, said that other trials carried out even longer had reached similar results. He said that people should eat whole grains, fresh produce and high fiber foods because of the nutrients they contain. But except for people who have diabetes and must monitor their blood sugar levels, those who are already following a healthful diet do not need to worry about the blood-sugar impact of one type of fruit or grain versus another.

"The takeaway is a good message for people," he said. "They can pick foods that are part of a healthy dietary pattern without wondering if they're high or low glycemic. They don't have to learn that system."

"A low GI diet may be more like the tortoise than the hare," he added. "It takes longer but gets you there in the end."

The developer of the glycemic index, Dr. David Jenkins, a professor of nutrition at the University of Toronto, added that the study was limited because it did not include people with Type 2 diabetes, a rapidly growing population that has the most problems with blood sugar control. "If they had done that," he said, "they would have made it easier to see some of the cardiovascular benefits."