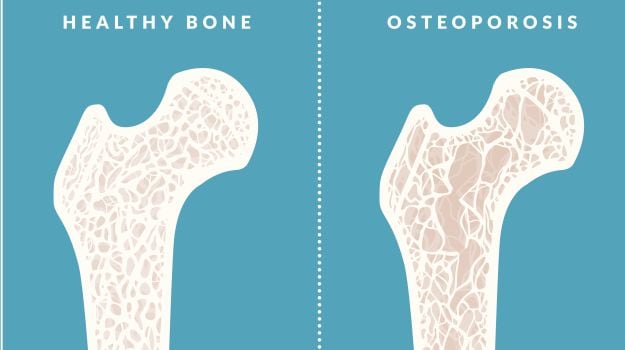 According to a recent health survey, not just women, men in India have also reported high incidence of Osteoporosis. The survey claimed to have screened close to 73 lakh men out of which 80% were found to have alarmingly low levels of vitamin D in their blood. Vitamin D is extremely essential for maximizing bone health. Osteoporosis, a medical condition in which the bones become brittle and fragile and is traditionally associated with women in general after menopause.

According to a three-year long pan-India data mining survey (2012-2014) on vitamin D released by SRL Diagnostics, 80.63 per cent of approximate 73 lakh samples of men screened during this period had abnormal Vitamin D levels. "East Zone had highest percentage of abnormality with 86.6 per cent being detected with lower levels of Vitamin D while northern and southern zone had 81.3 per cent and 85.6 per cent respectively.

"Among the four zones, western India showed the lowest percentage of abnormality with 69.8 per cent," the survey report stated. The analysis on Vitamin D tests assessed nationwide abnormalities among men residing in various cities. According to the World Health Organisation, Osteoporosis comes second to cardiovascular disease as a global health problem. According to statistics, one out of eight men and one out of three women in India are affected by Osteoporosis.

(How to Get Calcium in Your Diet)

Adequate intake of calcium and Vitamin D serve as the foundation for maintaining healthy bone density, strength and aids in preventing osteoporosis.