In Losing Weight, Men May Get More Help From Their Brains Than Women Do 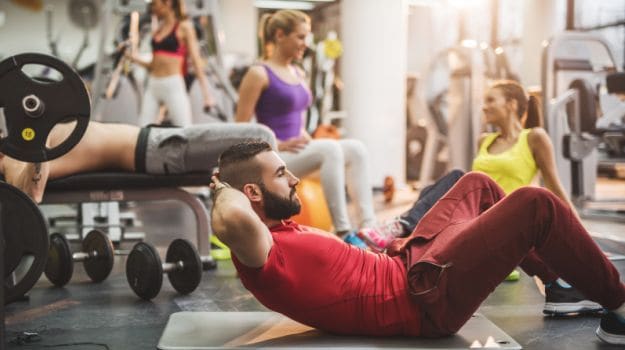 CommentsAll's fair in love and war - but not in dieting, apparently. If you've ever wondered how it is that men can cut out a few desserts and quickly drop 10 pounds, while women tortuously calorie-count their way to incremental weight loss, a new animal study may have the explanation: It's in the brain.

A class of hormones known as POMC peptides, which regulate body weight, acts differently in female mice than in male mice, according to a collaboration of researchers across four continents. The difference appears to make it harder for female mice to lose weight.

POMC peptides are produced in the brain and play a role in appetite, calorie burning and physical activity, all of which impact overall body weight. When genetically engineered obese mice were given the weight-reducing medication lorcaserin, the males experienced significant weight loss, pushing them back into the healthy range, whereas the female mice saw much smaller weight losses and remained obese.

"What we have discovered is that the part of the brain that has a significant influence on how we use the calories that we eat is wired differently in males and females," team leader Lora Heisler, of the University of Aberdeen in Scotland, said in a news release.

In female mice, the source of POMC peptides reduces appetite, but it does not raise physical activity or calorie burning the way it does in male mice.

While humans aren't necessarily the same as mice, it's worth noting that two of every three adults and one in three children and adolescents in the United States are overweight or obese, according to the National Institutes of Health.

"These findings provide evidence that males and females are hard-wired differently in their regulation of energy balance," the study's authors wrote in the journal Molecular Metabolism. "Given the reported reduction of POMC neuron activity in middle age in mice, these data may have . . . broad implications for future sex-specific strategies in treating overweight [problems] and obesity."

For what it's worth, the study is a Pyrrhic victory for all those women wondering why they outnumber men in Weight Watchers meetings. When it comes to dieting, it seems men really do have a head start.