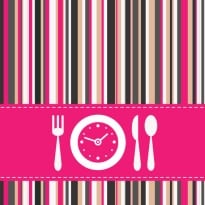 Changing your meal times could save you from a lot of liver ailments. A new research shows that meal times have a significant effect on the levels of triglycerides in the liver. Many biological processes follow a set timetable, with levels of activity rising and dipping at certain times of the day. Such fluctuations, known as circadian rhythms, are driven by internal "body clocks" based on an approximately 24-hour period - synchronised to light-dark cycles and other cues in an organism's environment.

Disruption to this optimum timing system in both animal models and in humans can cause imbalances, leading to such diseases as obesity, metabolic syndrome and fatty liver. Night-shift workers, for example, have been shown to have higher incidence of these diseases.

In studying the role of circadian rhythm in the accumulation of lipids in the liver, scientists quantified hundreds of different lipids present in the mouse liver. They discovered that a certain group of lipids, namely the triglycerides (TAG), exhibit circadian behaviour, with levels peaking about eight hours after sunrise. The results of this Weizmann Institute of Science study were published in the journal Cell Metabolism.

The scientists were astonished to find that daily fluctuations in this group of lipids persist even in mice lacking a functional biological clock, albeit with levels cresting at a completely different time - 12 hours later than the natural schedule.

"These results came as a complete surprise: One would expect that if the inherent clock mechanism is 'dead', TAG could not accumulate in a time-dependent fashion," said postdoctoral fellow Yaarit Adamovich, who was part of the research team.

So what was making the fluctuating lipid levels "tick" if not the clocks? "One thing that came to mind was that, since food is a major source of lipids - particularly TAG - the eating habits of these mice might play a role." Usually, mice consume 20 percent of their food during the day and 80 percent at night. However, in mice lacking a functional clock, the team noted that they ingest food constantly throughout the day.

This observation excluded the possibility that food is responsible for the fluctuating patterns seen in TAG levels in these mice. The results suggest that the time at which TAG accumulation occurs, as well as its levels, are determined by the clocks together with timing of meals. Hyperlipidemia and hypertriglyceridemia are common diseases characterised by abnormally elevated levels of lipids in blood and liver cells, which lead to fatty liver and other metabolic diseases.

"No currently available drugs have been shown to change lipid accumulation as efficiently and drastically as simply adjusting meal time - not to mention the possible side effects that may be associated with such drugs," said Gad Asher of Weizmann Institute.

Listen to the latest songs, only on JioSaavn.com
Bad food behind most liver diseases: Expert