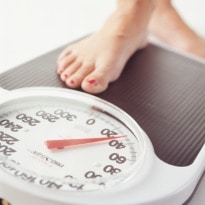 A new study highlights the link between your weight and the efficiency of your muscles. According to the study obesity can lead to rapid muscle fatigue resulting in inability to perform a task for a longer span of time. Obesity has long been associated with physiological changes at the muscular level, including a decrease in blood flow, thereby limiting the supply of oxygen and energy sources. The study concluded that workers who are obese may have significantly shorter endurance times when performing workplace tasks as compared to their non-obese counterparts.

The researchers carried out an experiment on 32 individuals with an aim of testing their endurance levels while performing various physical activities including hand grip, intermittent shoulder elevation and a simulated assembly operation. The group was sub-divided into four sections with young people who were obese and non-obese as well older obese and non-obese individuals. Each task involved periods of work and rest, and included pacing demands similar to those experienced by workers in manufacturing settings

"Our findings indicated that on an average, approximately 40 percent shorter endurance times were found in the obese group, with the largest differences in the hand grip and simulated assembly tasks," said Lora Cavuoto, an assistant professor at University of Buffalo in the US. When performing sustained contractions, these physiological changes may lead to a faster onset of muscle fatigue, the study said.

"Workers who are obese may need longer rest breaks to return to their initial state of muscle function," Cavuoto added.

"Based on the increased fatigue found among workers who are obese, workplace designers may need to consider adding fixtures and supports to minimise the amount of time that body mass segments need to be supported," Cavuoto said.

Promoted
Listen to the latest songs, only on JioSaavn.com
The study appeared in the Journal of Occupational and Environmental Hygiene.