Processed Food Consumption Leading to Lifestyle Diseases in Kids: Here's What to Do 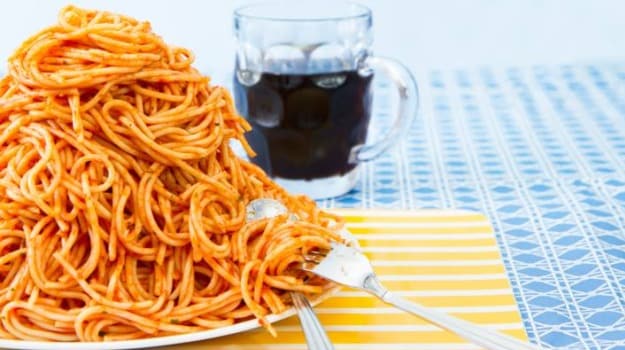 It has been speculated that the increased consumption of processed food has been responsible for increasing the burden of lifestyle diseases. This change in food habits has not only exposed us to increased risk of diabetes, heart disease and obesity, but has also made kids more prone inflammatory bowel disease.

Paediatric Inflammatory Bowel Syndrome (P-IBD) is a condition wherein child’s immune system turns against his /her intestine causing long-term health issues. A multi-centric study shows that out of 221 children, 42 percent suffered from Ulcerative Colitis, which involves the large intestine, and 55.2 percent suffered from Crohn's Disease, which involves the food pipe, small intestine as well as large intestine. The paediatric inflammatory bowel disease is more severe than the adult inflammatory bowel disease and needs prolonged treatment. It is also leading to growth failures in children.

The results of the study have been published in the January 2015 edition of Indian Journal of Gastroenterology. Two centres from northern India (including Sir Ganga Ram Hospital), four centres from southern India and one from central India participated in the study.

According to Nishant Wadhwa, co-author of the study and paediatric gastroenterologist at Sir Ganga Ram Hospital: "This study has for the first time outlined the baseline profile in paediatric population with IBD from India and has shown that two-third (60.5 percent) of the children in this series were suffering from growth failure."

Kids can be fussy eaters. Health experts and nutritionists suggest swapping regular ingredients with healthier alternatives to meet your child's daily nutritional requirement. Here's what you can do -

(Is your child a fussy eater? Here's what NOT to say)

1. Get your child checked by a paediatrician. See if he/she needs to lose or gain weight.

2. Keep a check on your child's daily sugar intake.

3. Portion control is an effective way of letting your child eat everything but in moderation.

4. Try including whole grains, leafy vegetables, nuts and fruits in your child's daily diet. Opt for lean cuts of meat.

5. Kids love colour, while planning a meal, play around with fruits and veggies to create a plateful of vibrancy.

6. Avoid in-between-meals hunger pangs by letting your child snack on foods that are energy dense, fibrous and suppress hunger.

7. Children should be encouraged to eat slowly.

8. Some of the most recent studies also indicate that eating meals together plays an extremely crucial role in monitoring your child's meal.

(How to get your child to try nutritious food)