Save Yourself From Heat Stroke as Mercury Goes Up 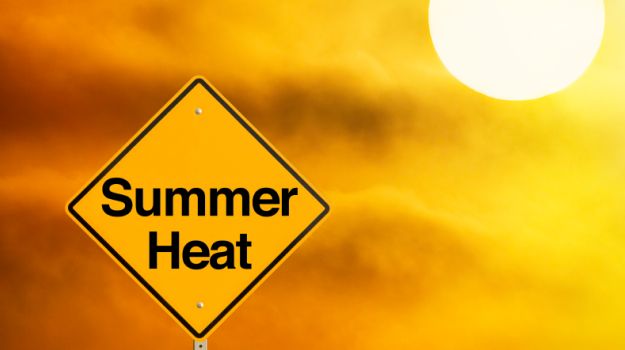 As the mercury levels soar in north India, being out in the sweltering heat can result in heat stroke which can be extremely harmful, even fatal, says an expert.

Heat stroke is caused due to prolonged exposure to higher temperatures (above 40 degrees Celcius) or physical exertion. It usually occurs in combination with dehydration.

Dr. Simran Saini, Nutritionist at Fortis Hospital, New Delhi, says "Heat exhaustion is a temporary phase where your body is overloaded with heat, but a heat stroke is a more serious condition. It is caused due to prolonged exposure to high temperatures which may overheat your body and raise its temperature more than the normal body temperature which is 37 degree Celsius. If your body temperature rises above 40 degree Celsius it can even damage your vital organs."

Sudden rise in body temperature, rapid heartbeat, which may be either strong or weak, rapid or shallow breathing, unconsciousness, lack of sweat, throbbing headache, dizziness, nausea, vomiting and seizures are some of the symptoms of heat stroke, Abhi added.

The skin may lose its moisture and water retention capacity leading to hot and dry skin.

In addition, some people show some behavioural changes such as confusion, disorientation, or staggering.

"Avoid sudden temperature changes like shuttling betweeen a cool environment to an extremely hot one. Shut off the cooling to bring yourself down to the room's temperature before stepping out in the sun," suggested Abhi while listing out some dos and don'ts.

Avoid direct exposure to sunlight, especially during afternoons. And if that it unavoidable, one needs to cover the head.

Light-coloured cotton clothing should be preferred as these provide enough ventilation to the skin.

One also needs to be well hydrated to avoid dehydration.

"Five to seven litres of water is a must during the day," Abhi stated.