Switch Off! Increased Exposure to Artificial Light May Make Your Kids Overweight 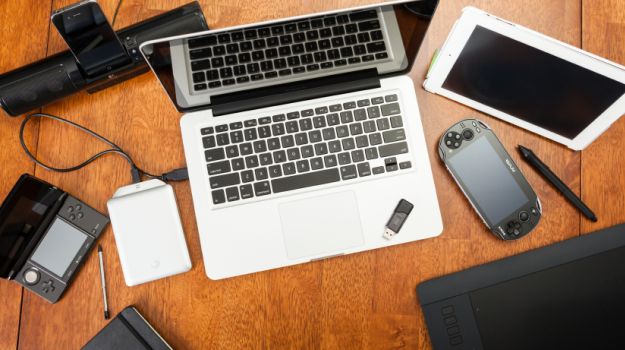 A lot has been said about the harmful effects of increased exposure to artificial light emitted from electronic devices like smartphones, tables, laptops or the television. Last year, a team at the Institute of Cancer Research in London, discovered that sleeping in a room with too much light may lead to weight gain.

Adding more evidence to this, a new study shows that children who spend too much time on tablets, mobile phones or television are more likely to gain unhealthy weight not just because of physical inactivity but also due to increased exposure to light. The interesting finding here is that the timing and intensity of light exposure is critical for metabolic functioning and weight status.

"Artificial lighting, including light given off by tablets, mobile phones, night lights, and television, means modern children are exposed to more environmental light than any previous generation. This increase in light exposure has paralleled global increases in obesity," said said one of the researchers Cassandra Pattinson from Queensland University of Technology in Brisbane, Australia.

To reach this conclusion, researchers studied children aged three to five, from six Brisbane childcare centres.They measured their sleep, activity and light exposure for a two week period, along with height and weight to calculate their body mass index (BMI), then followed up 12-months later.

During the initial measurements, researchers found that moderate intensity light exposure earlier in the day was associated with increased body mass index while children who received their biggest dose of light -- outdoors and indoors -- in the afternoon were slimmer. Later, during the follow-up it was seen that children who had more total light exposure at the beginning had higher body mass 12 months later.

Promoted
Listen to the latest songs, only on JioSaavn.com
"The circadian clock -- also known as the internal body clock -- is largely driven by our exposure to light and the timing of when that happens. It impacts on sleep patterns, weight gain or loss, hormonal changes and our mood," Pattinson explained.This research suggests that exposure to different types of light (both artificial and natural) at different times can have an effect on the weight of children and should be taken into consideration while planning their activities for a day.

Some studies have indicated the increased exposure to artificial light slows down the activity of the brown fat which is known to help regulate your weight. Moreover, artificial light can disrupt your body clock by delaying the production of sleep hormone melatonin. There has been a worldwide epidemic of obesity recently and with technology enjoying its moment in the sun, it is important to understand how the overuse of these new devices and gadgets can be adding fuel to fire.