The Hormone That Makes You Happy Also Makes You Fat 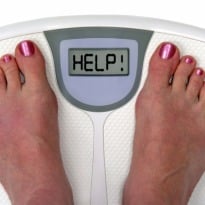 When you feel like nothing under the sun can bring you down, when you're happy and content, your brain is releasing serotonin. However, it only makes up five percent of the body's total supply. The other 95 percent regulates how your body burns calories through brown fat.

According to a new study, serotonin has been identified by researchers as an important hormone that is elevated in obese people and contributes to obesity and diabetes by hampering the body's ability to burn calories.

Blocking the production of peripheral serotonin that circulates in the blood, makes the brown fat (that acts as the body's furnace to burn calories) more active, the researchers found. "Our results are quite striking and indicate that inhibiting the production of this hormone may be very effective for reversing obesity and related metabolic diseases including diabetes," said study co-author Gregory Steinberg, professor at McMaster University in Ontario, Canada.

"Too much serotonin acts like the parking brake on your brown fat," he explained. "You can step on the gas of the brown fat, but it does not go anywhere," Steinberg added. The culprit responsible for elevated levels of peripheral serotonin may also have been found.

"There is an environmental cue that could be causing higher serotonin levels in our body and that is the high-fat western diet," co- author Waliul Khan and associate professor at McMaster University noted.

Low levels of serotonin can also make you want to eat more refined carbohydrates, which leads to weight gain. But, as Khan points out, there has to be a balance. "Too much serotonin is not good. We need a balance. If there is too much, it leads to diabetes, fatty liver and obesity," Khan said.

Mice on a high-fat diet were protected from obesity, fatty liver disease and pre-diabetes when researchers genetically removed or inhibited the enzyme that makes most of serotonin in the body. Notably, inhibiting the peripheral serotonin does not affect the serotonin in the brain or central nervous system functioning which affects mood, Steinberg observed.

Promoted
Listen to the latest songs, only on JioSaavn.com
The study appeared in the journal Nature Medicine.