The Unsung Hero of the World of Ayurveda: Have You Heard of Manjistha? 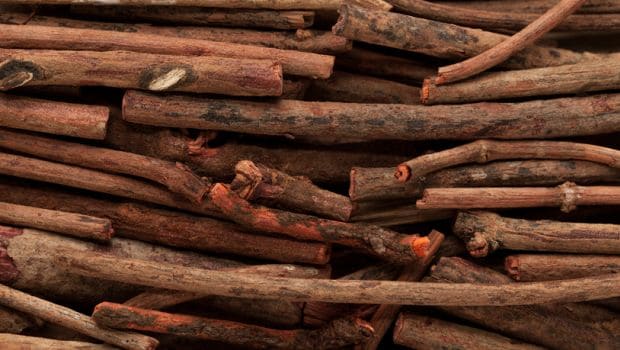 Rare ingredients have always excited me and this is one of the primary reasons why I turn to Ayurveda for my everyday woes. Cosmetic companies come up with new elements in their products by the day, why is it that we believe in them and let Ayurveda take a backseat? The age old science is a gold-plated arsenal of natural herbs and ingredients that have been in its repertoire for centuries. Recently, I came across a herb that caught my fancy instantly. I had ordered for a face scrub from SmartCooky and was pretty pleased with the results. My skin felt smoother and after trying it twice a week for almost a fortnight, the blemishes seemed to get lighter. The product was laced with aloe vera - the brilliance of which was not unknown to me - apart from which I was introduced to a certain ingredient that sparked my curiosity - manjistha.

Alternatively known as rubia cordifolia or Indian madder, manjistha has long been in use for the commercial purposes of its bright red hue. Its stems and roots are used to dye cloths and other articles red. Manjistha is a power player in the army of Ayurvedic concoctions. It is the unsung hero that isn't lauded enough for the bevy of health benefits it promises. Manjistha is predominantly linked to blood purification and facilitating smooth functioning of the lymphatic system. It is excellent for skin brightening and treating skin disorders.

"Manjistha is available in various forms in the market. You can consume its tablets or use the decoction or even its oil. It aids in blood purification, skin allergies and facilitates speedy healing of wounds. Manjistha oil has actively been used in specialty oils like the Mahanarayan oil and Pinda Thailam which are used externally for alleviating muscle pain, arthritis and swelling. It is also put to use to treat insect bites," Dr Ashutosh Gautam, Clinical Operations and Coordination Manager at Baidyanath.

Why Is It Good For You?

The herb comes studded with a compound called Alizarin which has antibacterial properties. Topical application of Manjistha combats dry skin, rashes, itchiness and inflammation. It lightens scars and marks and flushes toxins out of the body. It helps maintain good digestion and alleviates arthritis. It is a potent immunity booster as well. The lymphatic system is responsible for helping the body get rid of all waste, unwanted and toxic matter. Any disruption in its functioning can cause several imbalances in the body leading to a host of health issues. Manjistha consumption rules out the aforementioned problem.

"Just 2 teaspoons of Manjistha decoction - which is easily available in the market - can be added in your kadha and consumed once a day. You can also consume 1-2 capsules daily," concludes Dr. Gautam.

Manjistha stem is the most commonly used part of the entire plant. It is actively employed in most medicinal and Ayurveda preparations. According to Ayurveda, all three energies in the body - vata, pitta and kapha - should remain in sync to ensure a healthy body. It is the imbalance of any one or all three energies that causes a range of ailments. Manjistha is known to battle the imbalance of pitta and rectify the dosha. Pitta dosha is usually linked to sluggish digestion, skin disorders, early greying, acidity, and poor vision. Manjistha consumption keeps a check on the awry pitta composition, restores and maintains it. It is believed to keep a cap on blood pressure levels and check irregular menstruation as well.

Manjistha powder can be teamed with milk, honey, sandalwood powder and added in face packs and scrubs. It is used in equal quantities with another herb called Harida to battle acute skin disturbances. Traditional Ayurveda texts suggest a range of remedies and concoctions derived by teaming Manjistha with other herbs and ingredients.