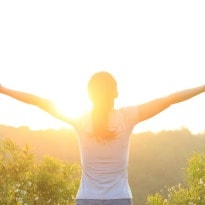 Known as the sunshine vitamin, vitamin-D is produced by the body in response to the skin being exposed to sunlight. Vitamin-D strengthens the bones and helps in enhancing the absorption of calcium in the body.

Deficiency of vitamin-D may lead to bone problems like rickets in children and osteomalacia in adults. Furthermore, it may cause constant lethargy, weight gain, day sleepiness, fragile bones and weakness. It may occur due several reasons like inadequate sun exposure, obesity, dark skin or dysfunctional kidneys.

A latest research conducted at Isfahan University of Medical Sciences in Isfahan, suggests that individuals with Vitamin-D deficiency are twice as likely to be diagnosed with "schizophrenia" as compared to those who have sufficient levels of the vitamin. The study appeared in the Journal of Clinical Endocrinology & Metabolism.

Schizophrenia is a mental disorder with symptoms that can include delusions and hallucinations. This disorder is more prevalent in high latitudes and cold climates which is why researchers have theorized that Vitamin-D may be connected to the disorder. (More: Should you pop vitamin D pills regularly?)

"When we examined the findings of several observational studies on Vitamin D and schizophrenia, we found people with schizophrenia have lower Vitamin-D levels than healthy people," says Ahmad Esmaillzadeh.For the study, researchers reviewed findings of 19 observational studies that assessed the link between Vitamin-D and schizophrenia. They examined Vitamin-D levels and the mental health of 2,804 adult participants. The study used blood tests to determine each participant's Vitamin D levels.

Listen to the latest songs, only on JioSaavn.com
The analysis showed that people with Vitamin-D deficiency were 2.16 times more likely to have schizophrenia than those with sufficient Vitamin-D in their bloodstreams.

More than a billion people worldwide are estimated to have Vitamin D deficiency due to limited sun exposure. But, it can be cured with the help of supplements and certain dietary changes. There are few foods that naturally contain Vitamin D like the flesh of fatty fish (such as salmon, tuna and mackerel), fish liver oils, mushrooms, soy milk etc. (More: Top 5 vitamin-D rich foods)