What to Do to Prevent Food Allergies in Kids 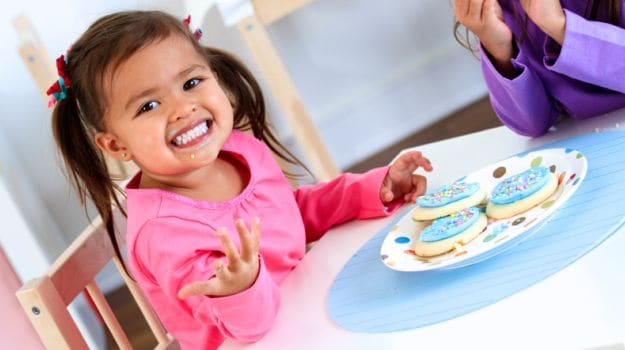 In the last few years, food allergies have become quite common in children. The most common allergens are found in foods like peanuts, milk, eggs, fish, shellfish, soy, and wheat. These foods account for about 90% of the allergic reactions.

According the American College of Allergy, Asthma and Immunology, “An allergy occurs when your body’s natural defenses overreact to exposure to a particular substance, treating it as an invader and sending out chemicals to defend against it.”

Symptoms may occur immediately or within two hours of digestion and these may include hives, stomach cramps, vomiting, dizziness, pale skin, coughing and breathing problems.  A new review published in Canadian Medical Association Journal, suggests an easy way to tackle the risk of food allergies. It advises parents to introduce potentially allergic foods at at four to six months of age so that the child gets used to it. This, according to them, may help in preventing the onset of allergies later in life.

"Once highly allergenic foods are introduced, regular exposure is important for maintenance of tolerance -- children should eat these foods on a regular basis,” says Drs. Elissa Abrams and Allan Becker, Department of Pediatric Allergy and Clinical Immunology, University of Manitoba, Winnipeg, Manitoba.

A recent survey of Canadian households showed that 8% reported at least one food allergy. Another study named Learning Early About Peanut (LEAP), found that introducing peanuts early to the kids reduced the risk of developing the peanut allergy by at least 80%.Previous studies advised parents to parents to wait 12 months to 36 months before introducing commonly allergenic foods as by that time their immune system and gut would mature. But the cases of food allergies only seem to be rising year by year which could indicate the above as ineffective.

"For example, in the U.K., when they started avoiding peanut there was as much as a tripling of peanut allergy," said Abrams. In fact, it was found that introducing these foods late increased the risk of becoming allergic to the same.

If current guidelines are to be believed, mothers don't need to avoid foods that commonly cause allergies while pregnant or breastfeeding but most of them do. Dr. Abrams cautions that doing so can increase the risk of having small children and having children that were born early.