What to Know Before Trying to Improve What You Eat 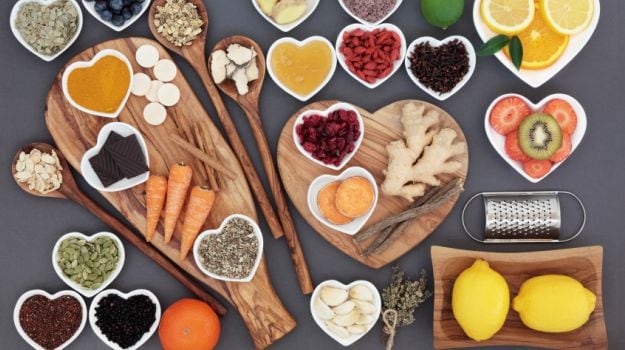 - Not all replacements are created equal

One of the lessons learned from the low-fat era was that advice to limit saturated fat wasn't helpful without recommendations about what to eat instead. As it turns out, replacing saturated fat with refined carbohydrates isn't good for cardiovascular and metabolic health, while swapping it for polyunsaturated fat does improve health. Public attention has swung from fat to sugar, and while identifying sources of added sugar is one step toward a more healthful diet, it's also important to focus on things like getting enough vegetables and protein.

It's generally a good idea to focus on including more of the foods we benefit from, rather than simply on the foods we "shouldn't eat," because it helps ensure that we get the full spectrum of nutrients needed for good health. Plus, there's a healthy mental aspect to being inclusive instead of exclusive. However, when you add a new food without subtracting something else, you could increase your overall calorie intake beyond what your body needs. Although it's hard to do this by adding broccoli, it's easier to go over the top with a higher-calorie option such as nuts.

One benefit of correcting the low-fat dogma is that healthy polyunsaturated and monounsaturated fats are back on the table. Nuts, seeds and avocados are full of heart-healthy fats, fiber, and a host of nutrients, but they also have a lot of calories (although recent research has found that almonds, walnuts and pistachios have fewer calories than previously thought).

Interestingly, research shows that regular nut consumption is not associated with weight gain. This may be because nuts are satiating, leading nut-eaters to unconsciously reduce calories in other areas, or they may be consciously choosing to eat nuts instead of something else. For example, they might be having a handful of walnuts instead of a bag of chips, pumpkin seeds on a salad instead of cheese, or avocado instead of butter on toast.

Let's consider two popular diets: paleo and vegan. The paleo diet, as generally practiced, excludes grains, pulses (beans and lentils), dairy and refined sugar. A vegan diet excludes meat, dairy products, eggs and other animal products. But focusing too narrowly on those exclusions can turn them into something unbalanced and unhealthful. A paleo diet replete with bacon, sausage and coconut milk ice cream isn't terribly good for you. Neither is a vegan diet that is full of white flour pasta, potato chips and soy ice cream.

A paleo diet should be about more than subtracting foods that were introduced to the human diet with the advent of agriculture (grains and pulses). It also should be about more than just adding meat. Simultaneously adding vegetables will bring in healthful carbohydrates and fiber to balance the protein and fat. Similarly, shunning refined sugar but doubling down on honey, agave or coconut sugar doesn't benefit nutrition or health. Adding whole fruit is a better way to get the sweet taste we enjoy.

When someone goes vegan, they are often on the receiving end of the question, "Where are you going to get your protein?" This diet can certainly go too far in the carb direction, but including plant sources of protein with each meal (pulses, soy, nuts and seeds), along with vegetables and whole grains, can restore balance.

- The peril of taking entire food groups off the table

A diet made up of a variety of whole and minimally processed foods provides the spectrum of nutrients we need for good health. Avoiding certain foods or food groups isn't always a choice - sometimes it's a necessity. Food allergies and celiac disease are hallmark examples. Either way, when you avoid entire food groups, it's crucial to know how you will replace essential nutrients you would otherwise get from those foods.

An apple is naturally gluten-free and healthier than a gluten-free cookie. When you have a milk allergy - or severe lactose intolerance - you still need calcium and protein. Most plant-based milks are fortified with calcium, but almond milk does not provide you with the same amount of protein as dairy milk; soy milk does.

In today's food culture, it's easy to tag the inclusion, or exclusion, of a specific food as the answer to whatever nutritional concern you are facing. The truth is that it is the sum total of your diet that matters more than any single food. Always keep your eye on the larger nutritional picture.