Why Drinking Coffee is Good for Your Heart 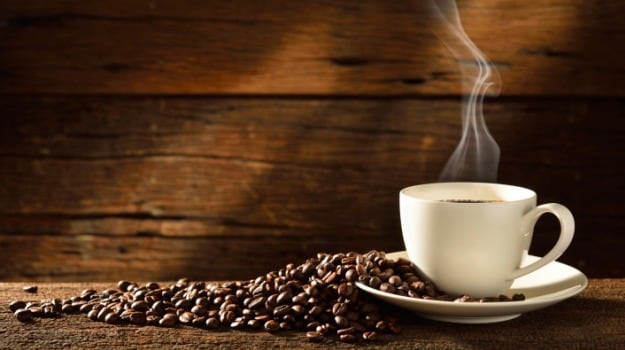 There has been a lot of debate about the benefits of drinking coffee. In the past few years, caffeine seems to have moved away from its notorious reputation and embraced a healthy one. A latest study, published in the Journal Heart, indicates that people who consume three to five cups of coffee a day have the lowest risk of clogged arteries and heart attacks.
An international team of researchers led by the Kangbuk Samsung Hospital in South Korea, set out to examine the potential link between coffee consumption and the presence of coronary artery calcium (CAC) which is an early indicator of coronary atherosclerosis (when arteries become clogged). CAC can cause the arteries to harden and narrow, leading to blood clots which can trigger a heart attack or a stroke.
They studied a group of 25,138 men and women with an average age of 41 years. None of them showed any signs of heart disease. Researchers estimated the CAC score ratios associated with different levels of coffee consumption and compared it with no coffee consumption.
(Coffee O'Clock: What is the Best Time to Drink Coffee?)
They categorised coffee consumption as none, less than one cup a day, one to three cups a day, three to five per day and at least five or more per day. It was found that the calcium ratios were 0.77 for people who had less than one cup per day, 0.66 for those having one to three cups every day, 0.59 for those consuming three to five cups per day, and 0.81 for people having at least five cups or more every day when compared with non-coffee drinkers. These results were ascertained after taking into consideration certain parameters like age, sex, smoking status, alcohol consumption, obesity, diabetes and hypertension.
They also noted that the prevalence of detectable CAC was 13.4 percent among the whole group of people and the average consumption of coffee was 1.8 cups per day. They explained that chronic coffee consumption had a possible link to reduced risk of Type 2 diabetes which is a strong risk factor for atherosclerosis. Simply put, moderate consumption of coffee may help people have cleaner arteries by avoiding any blockages.
(Drink Up! Coffee May Lower Risk of Diabetes)
“Coffee consumption might be inversely associated with CVD (cardiovascular disease) risk. Further research is warranted to confirm our findings and establish the biological basis of coffee's potential preventive effects on coronary artery disease,” the authors concluded.
For long, coffee consumption has remained debatable. Some studies have linked it to high cholesterol and blood pressure, but this study clearly suggests that the beverage may offer some heart protection. Though, more work is needed as the study is subject to South Korean population and needs to take into consideration different lifestyles and diets.
For the latest food news, health tips and recipes, like us on Facebook or follow us on Twitter and YouTube.
Tags:  Heart