World Heart Day: The Myths and Facts About Heart Health 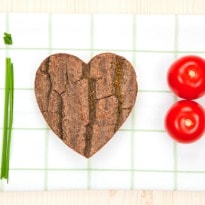 The source of information, or misinformation, can be anything - a neighbour, a commercial, something you had read "a long time back" - but over time, it often becomes something we staunchly believe in. Cardiologists say that in the process of treatment of many of their patients, they have to battle myths, some more common than others, which, if cleared, can go a long way in ensuring a healthy heart and a healthy future.

Among some of the most common myths related to heart care, according to renowned cardiologist Ashok Seth, is that all kinds of exercise is good for the cardiovascular system.

"A 45-minute brisk walk, or aerobic exercise is good for your heart. But weightlifting and gym exercises are not necessarily good for your cardiovascular health," Seth told IANS.

It's also a misconception that women are less prone to cardiovascular ailments.

"Cardiovascular disease is the biggest cause of death in women, six times more than breast cancer," Seth said. "But traditionally it's seen that in most Indian families this doesn't appear as a concern vis-a-vis a woman's health. If the man has a slight discomfort, they rush to the hospital, but the women, maybe because they have a high tolerance level, simply ignore any such discomfort".

"Even while going for health check-ups, a mammogram or a pap smear test is listed (to detect cancer), but not a heart check-up, which is very necessary," he added.

Agreed K.K. Talwar, cardiologist at Delhi's Max hospital. "Although women have the protection cover of the estrogen hormone, lifestyle habits like smoking, unhealthy eating habits and contraceptive pills make them prone (to heart ailments). And after menopause, the risk increases," Talwar said.

That the young cannot be affected by heart ailments is another myth, Talwar says.

"It's no longer true that only those in their 50s and 60s can have cardiovascular problems. Even those in their 30s are coming with such problems these days. In fact, because of lifestyle habits like junk food, alcohol consumption and smoking, plus stress, they are prone to acute heart attacks that can be fatal," he said.

According to Talwar, about 20 percent of heart attack patients in Max hospital are in the 30-40 age group. In the West this number is 5 to 10 percent lower because South Asians are more prone to cardiovascular problems at a younger age than their Western counterparts. "Five to seven percent of those who come for angiography are below the age of 35," Talwar told IANS.

It's not necessary that heart pain, indicating emergency, will be on the left side of the chest, Sunita Choudhury, another cardiologist, emphasised. "It may also be in the right arm, upper abdomen, and usually in the left arm," she said.

Promoted
Listen to the latest songs, only on JioSaavn.com
Much against TV and print commercials promoting a particular kind or brand of oil as being good for the heart, doctors say that such information should be taken with a pinch of salt.

"Trans-fatty acid is bad for the heart, and one should look out for food containing that. Other than that, there is no truth that only a particular kind of oil is good, like the trend is of olive oil. Even mustard oil is good," Talwar said. But even as the Mustard Research and Promotion Consortium says that mustard oil can prevent coronary artery disease, many doctors say that it's best to keep changing one's brand or kind of oil every few months.

Comments Nuts, a rich source of oil, are also not at all bad. "Almonds and walnuts are good for the heart, and one should have 8 to 10 pieces of almond, soaked in water, every day," Seth said. But don't go overboard - fried almonds are a big no. As doctors say, it's often a thin line separating information and misinformation.