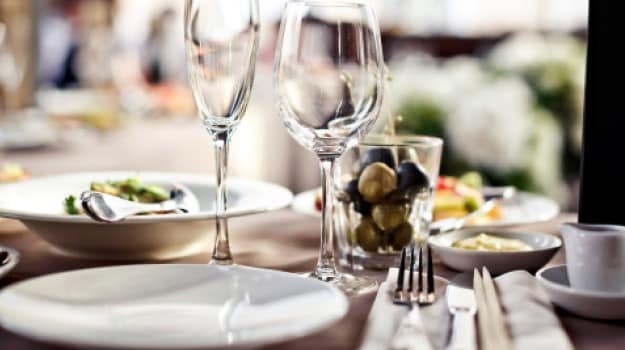 An elite group of the world’s most influential chefs, discerning diners and enthusiastic foodies gathered to unveil the third edition of Asia’s 50 Best Restaurants at a ceremony in Capella, Singapore.

Asia's 50 Best Restaurants list is published by William Reed Business Media, which also publishes The World's 50 Best Restaurants. The list is drawn out by over 300 leaders in the restaurant industry across Asia. This panel of experts constitutes of food writers, critics, chefs and restaurateurs. Each panelist has seven votes, out of which, at least three must be allocated to restaurants outside of their home country.

Aims to introduce diners to indigenous, often rare ingredients, some of which you may never even have heard of, let alone tasted. It has also won the Best Restaurant in Cambodia.

48. Antonio's - Tagaytay, Philippines
Idyllic surroundings with a menu to match

It has also won the Best Restaurant in Philippines.

At the heart of the restaurant is a free-standing mozzarella bar, serving dishes made with 16 different types of imported cheese.

31. Nihonbashi - Columbo, Srilanka
A slice of Japan in Colombo

Here, ingredients are flown in from Japan regularly to ensure authenticity

The Chef spent eight years traveling the world and immersing himself in different food cultures and cookery techniques before setting up his restaurant.

Robuchon au Dôme's back-lit cellar contains more than 14,500 labels and is claimed to be the most extensive collection in the whole of Asia.

Chefs cooking is an eclectic marriage of world food and Indian culinary philosophies that results in wacky-sounding but sublime, intelligent dishes. It was also awarded as the best restaurant in India.

19. Fu He Hui – Shanghai, China
Meat-free mastery from the latest addition to the Fu family

Fu He Hui has made an impressive debut by winning the award for being the Highest New Entry.

18. Iggy’s – Singapore
Fresh flavours and the finest wine from a Singapore heavyweight

Fu1015 is famous for its abalone tarts and sea cucumber, while visitors between October and December are able to try Lu’s renowned hairy crab dishes.

Chikyu, a signature dish meaning planet Earth, comprises as many as 110 different vegetables, grains and herbs arranged around a shellfish foam and it represents concepts as wide-ranging as destruction, hope and the irreversibility of time. It has also won the The Highest Climber Award.

It has also won the Best Restaurant in South Korea.

Guests are invited to retire to a separate room following the eighth course for some sweet treats, including the delectable Ghin cheese cake. Also, winner of The Lifetime Achievement Award.

This was voted as the Best Restaurant in Asia last year. Nahm’s position has dropped this year.

Winner of the Best Restaurant in Singapore.

Also, awarded as the Best Restaurant in China. In its secretly located, purpose-built space in Shanghai, 10 diners per night are treated to a 20-course menu.

2. Narisawa - Tokyo, Japan
Innovative fine dining in Tokyo with a focus on nature

Also, winner of the Best Restaurant in Japan. Bringing best practice from his training in France, the chef employs classical French cooking techniques but uses the finest Japanese ingredients.