In the pictures that have surfaced online, we saw an ever-chirpy Anil Kapoor cut a delectable and moist-looking chocolate cake. Laced with chocolate ganache, this cake is sure to make you drool. 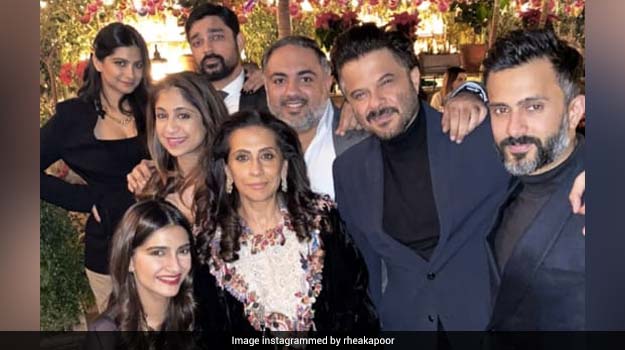 The restaurant also had a special birthday menu for Anil Kapoor's birthday.

Bollywood actor Anil Kapoor rang in his 63nd birthday in London with family and close friends. Among the starry company were Sonam Kapoor with husband Anand Ahuja, Rhea Kapoor, Karan Boolani and Sunita Kapoor. All of them joined Kapoor at London's famous Annabelle's restaurant. The restaurant also had a special birthday menu by the name of "Anil Kapoor's 21st Birthday". We are guessing it was a tribute to Anil Kapoor's youthful look and enthusiasm that has puzzled scores of fans home and abroad.

In the pictures that have surfaced online, we saw an ever-chirpy Anil Kapoor cut a delectable and moist-looking chocolate cake. Laced with chocolate ganache, this cake is sure to make you drool. The cake was served with vanilla ice cream for desserts. In one of his interviews, Anil said that he tries to avoid sugar, and that helps him have a fit and agile body, but we guess one can always make exceptions for birthday.

Anil Kapoor looked chirpy and excited at his 63rd Birthday celebration in London.

Sonam Kapoor posted the pictures from his birthday, including the menu of the feast.

Anil Kapoor would be seen in 'Takht' and 'Malang' in the year 2020. Sonam Kapoor's 'Padman' won a National Award for Best Social film on Tuesday. Akshay Kumar collected the award in Delhi on behalf of whole team.