Anil Kapoor recently revealed in an interview that he loved gorging on South-Indian food as it offers "healthy food options". 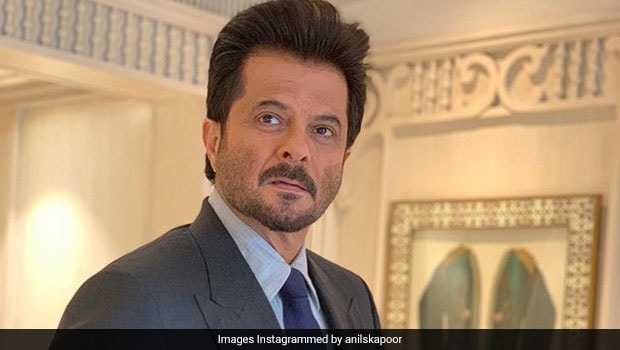 Anil Kapoor is just getting younger by the day. Even at the age of 62, the actor defies the years and is as hale and hearty as anyone could be. The ‘ageless' Anil Kapoor, as he is popularly called, has the vigour and youthfulness that could only come from a great diet and fitness regime. He is a father of three grown-up children yet could easily pass off as their sibling. The self-proclaimed fitness 'torch bearer of the khandan' admits to sticking to a disciplined life with healthy eating and regular workout routine. He was recently asked to reveal the secret behind his young look in an interview with The Times Of India, and the actor candidly replied. “It probably has to do with my love for South Indian food and the amount of such food that I have consumed over the decades. I am very fond of the cuisine.”

We totally believe him. South-Indian cuisine consists of some delicious yet healthy meals that will fill up your tummy without piling on extra calories. So, what does he really like to eat from the cuisine that keeps him so fit? “Idli, sambar, chutney, dosa and all the pickles I have had with rice, rasam and curd must be the reason. South Indian cuisine like idli and dosa are healthy food options. When a person is unwell, their diet usually includes idlis — as it is the safest food option,” Anil Kapoor told The Times Of India.

After this big revelation by Anil Kapoor, we have got more reasons to relish our favourite south-Indian food. After all, who wants to age at all?

Apart from gorging on south Indian delicacies, what does Anil Kapoor's regular diet looks like? During a conversation with NDTV's Aneesa Baig, he revealed that he comes from a typical Punjabi family so he likes to relish ghar ka khana comprising rajma, kadhi chawal, bhindi, tandoori chicken and pulao. .

Anil Kapoor proves that you don't have to starve yourself to be fit. He claims to be a foodie himself which is apparent from his numerous foodie posts on his Instagram handle that prove his love for good food. Take a look at some of them-

The problem with travelling with your fitness trainer is, he pulls you away from these! Once in a while, I managed to sneak some. Maybe like 6!

Anil Kapoor's acting career spans over four decades with many hit movies in his repertoire. He will be soon seen as a part of an ensemble cast of Malang, a drama film directed by Mohit Suri. He will be seen sharing the screen space with young actors like Disha Patani and Aditya Roy Kapur. He is probably the only actor in Bollywood who really doesn't need to play his age and we believe his robust diet has had a major role to play.