The owner of Baba Ka Dhaba, Kanta Prasad, has registered a police complaint against Wasan for alleged misappropriation of funds. 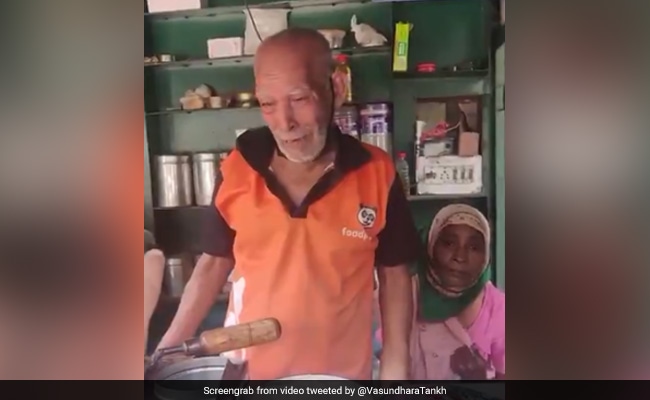 Here's why a police complaint was filed by 'Baba Ka Dhaba' owner.

'Baba Ka Dhaba' is a name that needs no introduction. A heart-wrenching video of the South Delhi food stall run by an elderly couple had gone viral on Instagram. The power of social media had catapulted the humble eatery into the limelight, garnering attention from citizens and celebrities alike. Donations poured in from all over the world for 'Baba Ka Dhaba' thanks to the video shot by YouTuber Gaurav Wasan. However, the owner of the Dhaba, Kanta Prasad, has registered a police complaint against Wasan for alleged misappropriation of funds.

"We received the complaint yesterday at the Malviya Nagar Police Station and the matter is being probed. No FIR has been registered yet in the case," Atul Kumar Thakur, Deputy Commissioner of Police (South), said.

As per the complaint to the police, Prasad said that Wasan shot his video and posted it online to convince social media to donate money for the 80-year-old's food stall. However, the details of the transactions were not provided to him.

He further alleged that Wasan "intentionally and deliberately shared only his and his family/friends bank details and mobile numbers with the donors and collected huge amount of donation through different mode of payments i.e bank account/wallets without providing any information to the complainant."

This is not the first instance of YouTuber Wasan being accused of embezzling funds donated to the Dhaba. Late last month, several YouTube channels had alleged the same to which Wasan had responded. He took to Instagram to share his side of the story, adding that he had uploaded the original bank statement for everyone to cross-verify their donations. Take a look:

However, as the police official said, the matter is being probed as per Kanta Prasad's complaint and we hope to see a successful resolution soon.