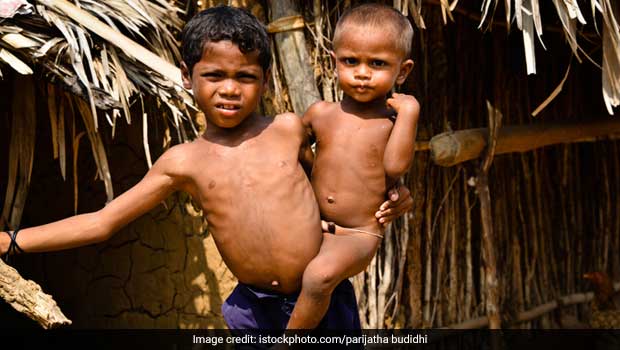 India is still struggling to provide proper nutrition for children from the poor sections of the society.  In fact, several surveys suggest that India is home to more malnourished children than any other country. A recent study conducted by International Food Policy Research Institute (IFPRI) discovered that teenage pregnancy contributes even more to this problem. It was found that the chances of undernutrition among children born to adolescent mothers were 10 per cent higher than children born to adult mothers. Another fact that came into light was that India is among the 10 countries with the prevalence of most teenage pregnancies. Till now, a link had been established between early pregnancy and child malnutrition, now the fact has been corroborated with numbers.

One of the authors of the study, Samuel Scott, remarked, "Our study sheds empirical light on pathways between teenage pregnancies and child undernutrition. People have talked about these pathways before, but this data allowed us to put some numbers to those pathways."

Even though, our country has banned marriage for girls less than 18 years of age, a 2016 National Family and Health Survey (NFHS)-4 found that 27 per cent of girls get married before attaining adulthood and 31 per cent of them give birth before they turn 18. Compared to adult mothers, adolescent mothers were shorter, anaemic, and had less access to education, medical facilities and proper nutrition.

(Also Read: What Should You Be Feeding A Growing Child?)

Purnima Menon, co-author of the IFPRI study said, "Unfortunately, in India, early marriage and subsequent pregnancy is often not a deliberate choice, but rather the result of an absence of choices, and of circumstances beyond a girl's control. Continuing schooling, exploring employment opportunities, and delaying marriage and pregnancy are challenges for India's girls that are reinforced through patriarchy and social norms."

The good news is that Indian Government is taking strong measures to suppress early marriage. Central and state government bodies are coming together to monetarily support girls' education, and encourage investment in girls' human capital.