A new study has said that drinking just two diet drinks a day may increase your chances of heart attack or stroke. 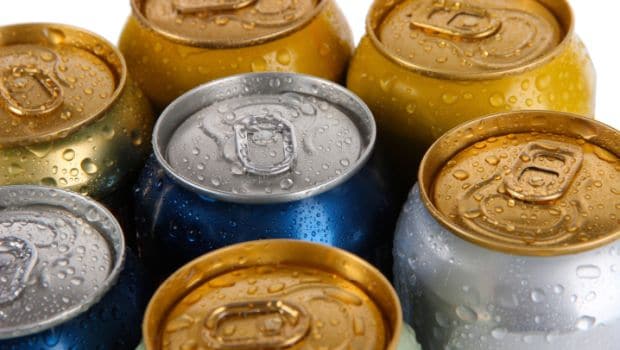 Diet drinks refer to a category of commercially available fizzy beverages that are artificially sweetened. They're often labeled as 'sugar-free' and boast of containing no calories. Some other purported claims of these diet drinks include weight loss, improvement in physical fitness etc. despite the fact that the scientific veracity of these claims has been questioned time and again. Now a new study has said that drinking just two diet drinks a day may increase your chances of heart attack or stroke. The study indicated that contrary to popular belief, ditching artificially sweetened fizzy beverages may be key to reducing risk of mortality due to stroke.

The study titled, "Association Between Soft Drink Consumption and Mortality in 10 European Countries" was published in the journal JAMA Internal Medicine. For the study, the researchers looked at data from more than 45,000 people across 10 European countries, including those from the United Kingdom. 70 per cent of the participants were women and the subjects had an average age of just over 50 years. The participants joined the study between 1999 and 2000 and were followed up for a period of 16 years. During this time, a total of 41,600 deaths were recorded. Participants answered a bunch of questions about their lifestyle including physical activity and exercise, smoking, body weight as well as about their diet and nutrition. They also reported whether or not they consumed fizzy drinks and energy drinks.

Also Read: Everything You Should Know About Caffeinated Drinks And How They Affect Your Health

The team also took into consideration factors like age, body mass index, education etc and found that there was 17 per cent more chance of dying among those who consumed around two glasses of soft drinks per day, as compared to those who had one glass per month. This trend was true for consumption of both sugar-sweetened beverages and artificially sweetened drinks. The study concluded by saying, "This study found that consumption of total, sugar-sweetened, and artificially sweetened soft drinks was positively associated with all-cause deaths in this large European cohort; the results are supportive of public health campaigns aimed at limiting the consumption of soft drinks."