Janhvi Kapoor's sister Anshula Kapoor shared the video of the birthday girl blowing the candles on four cakes of different shapes and sizes. 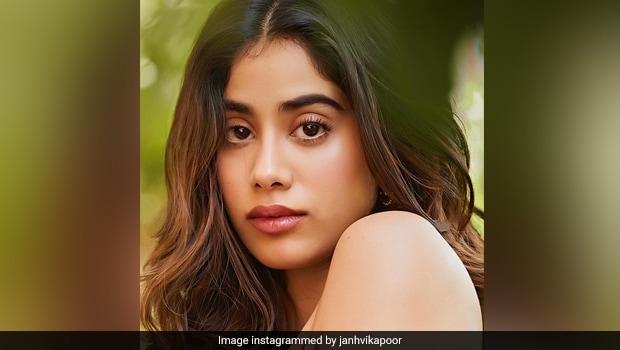 Janhvi Kapoor celebrated her 23rd birthday on 6th March, 2020 and wishes poured in for the actress from family, friends, fans and followers. As the actress turned a year older, she chose to make her special day even more memorable by cutting four different cakes. Yes, Janhvi Kapoor had a total of four cakes that she blew the candles off. Her sister Anshula Kapoor shared the video of Janhvi Kapoor blowing the candles on four cakes of different shapes and sizes. Take a look:

"Happy birthday baby girl. I love you!" wrote Anshula Kapoor sharing the video of Janhvi Kapoor cutting the cake. The first cake that she cut was a decadent chocolate truffle one, followed by another light chocolate mousse cake. There was also a brightly coloured strawberry cake with pink icing and white fondant layered over it. A fourth cake was seen to the left which was also a chocolate cake but in a square shape. Janhvi Kapoor smiled for the camera as everyone around sung in a chorus for the actress. What a great way to celebrate!

(Also Read: Janhvi Kapoor Swears By This Ritual For Waking Up Every Morning)

Janhvi Kapoor is a self-proclaimed foodie, and her four cakes truly stand testimony to how much she loves food. Celebrity stylist Tanya Ghavri, who regularly works with Janhvi Kapoor also wished her on her special day. Her wishes caught our attention because they revealed Janhvi's affinity towards two particular foods. Take a look at her post:

Tanya Ghavri shared a sweet picture of Janhvi Kapoor getting ready for her shoot, with a caption that said, "Happy birthday Janhvi Kapoor, lover of parathas ice creams and many many cuddles. Hope you get all this and much more!" So clearly, birthday girl Janhvi Kapoor loves her paranthas and ice creams both. Earlier, the actress herself had shared a video of herself waking up in the morning. Rather than awakening herself with an alarm clock, her sister Khushi Kapoor fed her ice cream to get her out of bed. What an interesting way to start the morning, right?

We wish Janhvi Kapoor a very happy birthday, and may she share more of her food journeys with us soon!