Janhvi Kapoor Swears By This Ritual For Waking Up Every Morning

If Janhvi Kapoor's latest Instagram story is to be believed, she prefers eating ice cream to awaken her rather than waking up with an alarm. 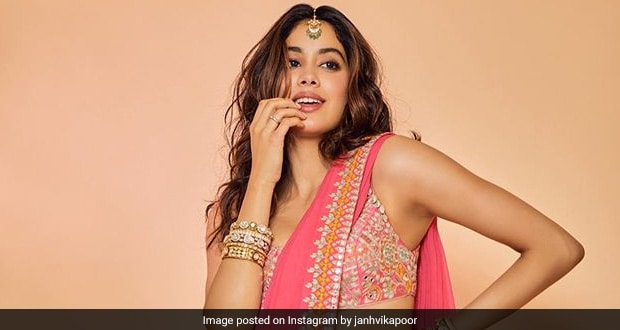 Janhvi Kapoor swears by this morning ritual to wake up every morning.

If there's one common struggle that everyone shares, it's the struggle to wake up. Waking up right can make one feel energised and happy, while waking up on the wrong side of the bed can wreak havoc on the entire day. There have been numerous studies and multiple researches done about the exact science of waking up right. Most people swear by a ritual of waking up that powers them through the day, and actress Janhvi Kapoor is one such person. If her latest Instagram story is to be believed, she prefers eating ice cream to awaken her from slumber rather than waking up with an alarm. Have a look:

Janhvi Kapoor shared a video of herself sleeping on her Instagram story. Janhvi was asleep, when her sister Khushi Kapoor gently called her to wake up. When Janhvi did not respond, Khushi took a spoonful of Salted Caramel ice cream in her hand. She fed Janhvi the spoon of ice cream, and Janhvi immediately sits up and opens her eyes and asks how long she slept for. Janhvi Kapoor captioned the video, "Some people use alarms, I use ice-cream to wake up."

The actress has proved to be a foodie every now and then, but waking up with a bite of an ice cream is truly a next-level love for food. Apart from being woken up by salted caramel, Janhvi Kapoor is also a pizza lover. She loves the Italian comfort food so much that she even has a post on her profile dedicated to it. Check it out:

Janhvi Kapoor was last seen in 'Ghost Stories', which was a Netflix production based on four horror stories directed by four different directors. The year 2020 is all set to be happening for her too, with several of her films coming up such as 'Maidaan' and the true story of the Kargil girl 'Gunjan Saxena'. We wish the actress all the very best for all her future endeavours.