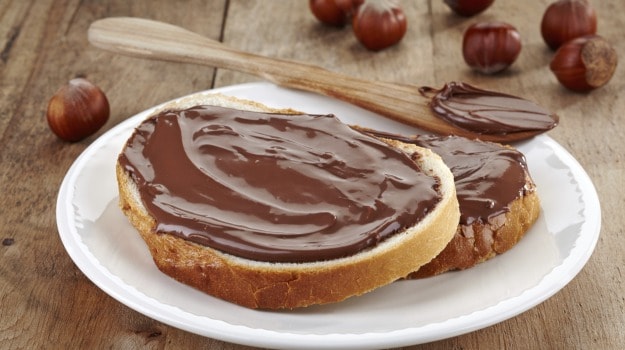 A French court has ruled that parents cannot name their babies after chocolate spreads and fruit, overturning the decisions of two families to call their daughters Nutella and Fraise (strawberry). Last September, a couple in Valenciennes tried to name their baby Nutella, after the delicious hazelnut spread, but the registrar informed the local prosecutor who then took the case to court.

The judge ruled that giving the child the name 'Nutella' was against the girl's best interests and would put her at the risk of against mockery and unkind remarks - as reported by the newspaper La Voix du Nord. The parents did not attend the court hearing and the judge decided in their absence to rename the baby 'Ella'.

In January this year, the same court overturned another family's decision to name their child Fraise (Strawberry). The court found that the name could be a cause of mockery and negatively impact the child. So instead, the parents adopted the name Fraisine,  that was popular in the 19th century.

It is said that in the 19th century French parents were limited to naming their children after popular saints or famous figures. The laws were relaxed in 1966 and it was only in 1993 that they were allowed to name their kids as they pleased. However, a person of authority, in this case a registrar can step in if he or she thinks the name is too creative and could subject the child to mockery.

In 2009, the registrar stepped in again on a family that named their child 'Titeuf', after a cartoon character. On the other hand names like 'Khaleesi' or 'Joffrey' inspired from television shows haven't seen any kind of hesitance from the authority.