On Saturday, Kaling posted a hilarious post about a snack that she loves to sneak in on when her kids are not around. 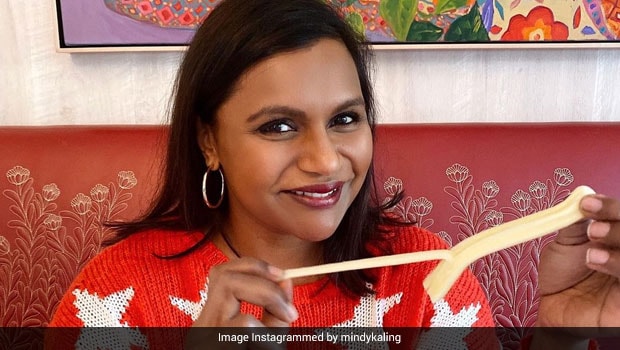 Mindy Kaling is a writer, director and actor

Writer, actor, producer, director Mindy Kaling wears many hats. She shot to fame for her role as Kelly Kapoor in the American Sitcom ‘The Office', where she was both an actor and a writer, she later produced and starred in ‘The Mindy Project'. Last year, Mindy produced the teen drama ‘Never Have I Ever', the second season of which will also premier this year on Netflix as per reports. On personal front, Mindy welcomed another member to her tiny family, she gave birth to a boy in October 2020. She kept her pregnancy a hush-hush affair, and broke the news only after she had given birth to her son Spencer.  Now a mother of two, Mindy seems to be enjoying every bit of motherhood. Her Instagram post, where her daughter can be seen watching the inauguration ceremony of US President Joe Biden and Vice President Kamala Harris went viral.

On Saturday, Kaling posted a hilarious post about a snack that she loves to sneak in on when her kids are not around. “Of all my kid's snacks that I eat when she's not around, my hands down favorite is her string cheese. Literally no reason an adult needs to be eating this”, the Indian-origin actor wrote in her post. String cheese is a popular kid snack that has a head and tiny strings of cheese on the other end.

(Also Read: Mindy Kaling And Kamala Harris Share Love For This Indian Dish. Can You Guess?)

Mindy's co-star from ‘The Office' Angela Kinsey also commented, “It's my favourite too and I completely annoy my family because I bite the string cheese.”  Can their banter be more cuter, we guess not!