Gigi Hadid is known for her excellent sartorial choices, now she has showcased her cooking skills as well. According to her Instagram story, she made a dish of cheesy potatoes snack that looked every bit decadent. 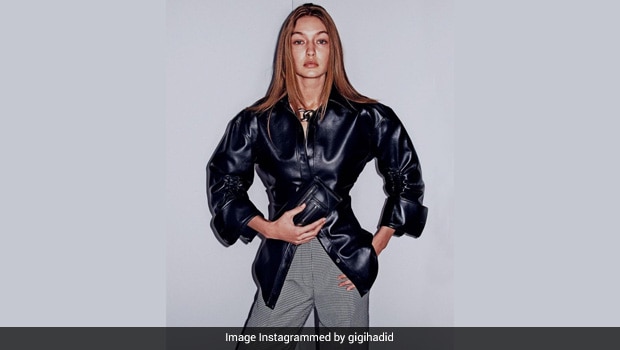 We love to stalk our favourite celebrities, especially when they try their hand at cooking and share their creation with their fans, no matter how it turns out to be. American supermodel Gigi Hadid has scores of followers on Instagram, who are hooked to her posts for some fashion tips. But when she posted a picture of a dish that she cooked herself, we were pretty much delighted. Gigi Hadid posted a picture of an interesting potato-based dish, which looked like straight out of a restaurant kitchen. Impressive!

Our curiosity got the better of us and we dug up further to find the actual recipe on Tieghan Gerard's Instagram page 'Half Baked Harvest'. We discovered that the cheesy potato stacks are simply made with this potato slices that are seasoned with butter, oregano, thyme, garlic, cheese and some flaky sea salt and black pepper. The potato slices are baked and neatly layered on top of one another to create stacks.

Here's the recipe post of the original cheesy potato stacks.

No one really pegged Gigi Hadid as a foodie with her predominant image of a mega fashionista, but we already knew. Just recently, she shared a picture of her kitchen cabinet stacked with Indian spices that she admitted to having consumed a lot during her pregnancy. Not only Gigi Hadid is a foodie, she likes her food hot and spicy too!