Mindy Kaling And Kamala Harris Share Love For This Indian Dish. Can You Guess?

Mindy Kaling and Kamala Harris share their love for a delicious dish which is a staple of Indian cuisine. Can you guess what it is? 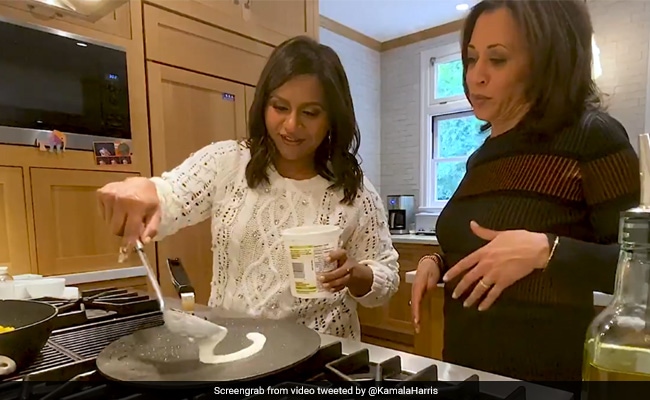 Actor-producer Mindy Kaling and US Senator Kamala Harris have common roots - they are both people of Indian origin living in the United States. But did you know they share a love for Indian food too? A recently shared video by Harris on her Instagram page shows the three signs of being Indian-American, enlisting some uncanny quirks which are unique to the community. The relatable clip was shared on the Instagram reels feature. Take a look at the video here:

According to the video, the first among three signs of being Indian-American was that they store spices and lentils in glass jars. Secondly, Kamala Harris and Mindy Kaling laughed about how they address everyone as 'Uncle' or 'Auntie'. And the third sign was that they ate lots of dal or lentils. "#3, lots of daal," agreed Kamala Harris sharing the video on her Instagram handle. Lentils are a staple of Indian cuisine, especially for vegetarians since they are important sources of protein and fibre.

The reels video was originally from a video from November 2019 where Kamala Harris and Mindy Kaling had cooked a Masala Dosa together at Kaling's home. "Turns out Mindy Kaling and I have more in common than we initially thought," wrote senator Harris in the caption. Take a look at the video here:

Senator Kamala Harris is the Democratic vice-presidential candidate for the 2020 elections currently ongoing in the United States. The 55-year-old senator from California is the first Asian American to be chosen for the nomination.