Less Than 7 Hours Of Sleep Bad For Your Heart: Eat These Sleep-Inducing Foods 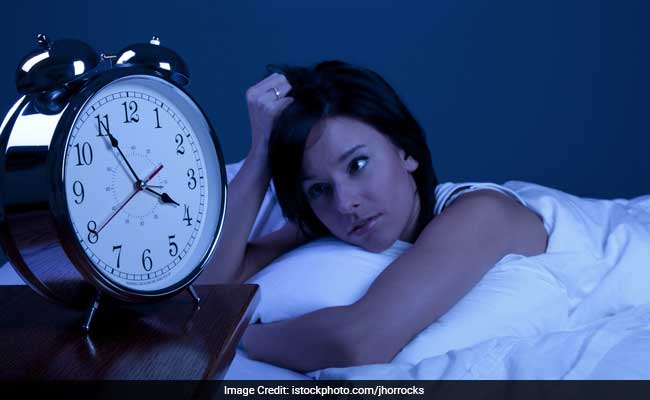 We live in a world where our life moves faster than we can catch-up with. With hectic and stressful days, having a sound sleep becomes a nightly struggle. In a recent study, it was found that people who sleep less than seven hours at night were more vulnerable to cardiovascular disease (CVD) and coronary heart disease. The study was published in the journal Experimental Physiology. As per the researchers, people who have sleep issues and sleep for less than seven hours at night are more susceptible to have lower blood levels of three physiological regulators, or microRNAs, which influence gene expression and play a key role in maintaining vascular health.

"This study proposes a new potential mechanism through which sleep influences heart health and overall physiology," said Christopher DeSouza, Professor at University of Colorado in the US.
The researchers analysed blood samples of a small group of men and women, between the age of 44 and 62. The participants were asked to fill out questionnaires about their sleep patterns. Almost the half of the participants reported to have a healthy sleep cycle with seven to 8.5 hours of nightly sleep, while the other half reported to slept only for five to 6.8 hours every night. Researchers also measured the expression of nine microRNAs previously associated with inflammation, immune function or vascular health. They found that people with insufficient sleep had 40 to 60 percent lower circulating levels of miR-125A, miR-126, and miR-146a than those who slept enough.

"Why seven or eight hours seems to be the magic number is unclear. However, it is plausible that people need at least seven hours of sleep per night to maintain levels of important physiological regulators, such as microRNAs," DeSouza added. "They are like cellular brakes, so if beneficial microRNAs are lacking that can have a big impact on the health of the cell," DeSouza said.

The research team suggests that microRNAs in blood may be used as a marker of heart-related disease in people with lack of sleep.

(Also Read: 7 Foods That May Leave You Sleep Deprived)

People who sleep less than seven hours at night are more vulnerable to cardiovascular disease.

Eat These Sleep-Inducing Foods To Get A Sound Sleep:

Having a glass of warm milk at night before going to bed may help you get a sound sleep. Milk contains amino acid called tryptophan that converts into serotonin, which is known to have soothing effects on the brain, further promoting sound sleep.

Other than keeping you satiated for a longer spell, almonds are known to support sound sleep as well. Almonds contain tryptophan – just like milk – which is believed to have a soothing effect on brain and nerves. Moreover, magnesium in almonds is known to keep our heart's rhythm stable.

Eating bananas is also known to promote sound sleep. Bananas comprise muscle-relaxing properties in the form of magnesium and potassium. Moreover, the vitamin B6 in bananas convert tryptophan into serotonin.