Dessert Recipe: A TikTok user came up with an interesting recipe, which is made with just two ingredients! A delightful chocolate dessert, the recipe exudes deliciousness with every bite. 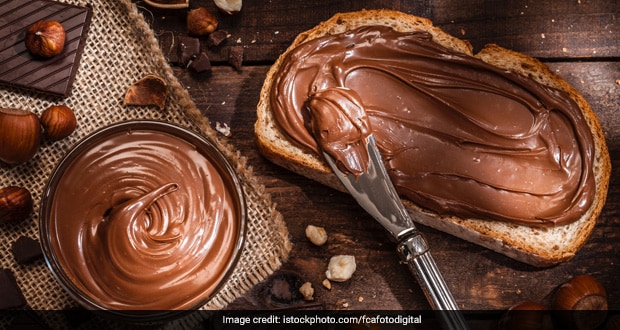 Dessert Recipe: We all love comfort food, and this dessert recipe is just what we need.

Almost every nation across the globe is in complete or partial lockdown. Governments are working to get all their citizens supply of essential goods during this time, and people are too trying their best to make maximum and efficient use out of the supplies that they have. During this lockdown situation, a TikTok user came up with an interesting recipe, which is made with just two ingredients! The dessert recipe is easy to cook and looks absolutely delightful, with surprisingly tasty results too. Take a look at the viral TikTok video:

The video is by a TikTok user who goes by the username "red_beard_bro," on the video-sharing app. All of the videos by the user feature a song in the background which sounds like it is French, but it's actually made-up lyrics. The dessert recipe by the TikTok user was essentially a chocolate-stuffed bread, shallow-fried in an oil skillet. The ease of the recipe, however, was what made it go viral! The video got 2 million likes on TikTok, and counting.

What the user did was basically take a slice of bread, and place inside it a single cube of milk chocolate. Then, he folded the bread from the corners to make it into a triangular shape, and cut off the corners with the help of a bowl. This gave the bread a dumpling-like structure. Then, several of these chocolate dumplings were shallow fried from both sides in a pan full of oil. The white bread then became crispy and golden-brown in appearance. The chocolate-filled bread was then removed from the pan, and on splitting it into two the molten chocolate oozed out of the bread!

While in lockdown, all we need sometimes is to eat something comforting and delicious. This dessert recipe hit the sweet spot, and was made with the simplest of ingredients that are easily available in the kitchen. We hope to see more such recipes by netizens soon!