Sanaya and Mohit have also done a couple of reality shows together. When they are not setting the screen on fire with their chemistry, they continue giving us #couplegoals on Instagram. 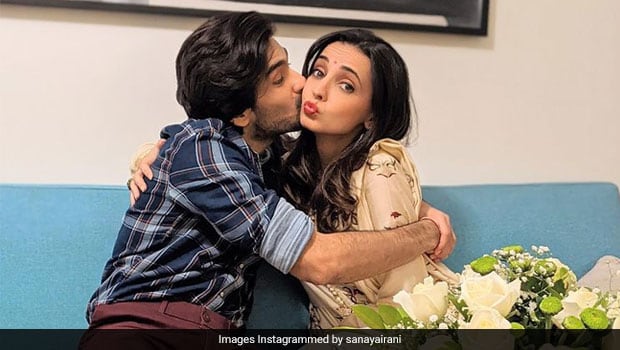 Mohit Sehgal and Sanaya Irani are one of the most adorable couples of TV industry. The couple started dating on the sets of their show 'Miley Jab Hum Tum' that first aired in the year 2008. They got married in an intimate destination wedding in Goa in the year 2016. Sanaya and Mohit have also done a couple of reality shows together. When they are not setting the screen on fire with their chemistry, they continue giving us #couplegoals on Instagram. On Tuesday midnight, actor Mohit Sehgal took to Instagram to give us a glimpse of his date night with wife Sanaya Irani at their Mumbai residence. "At 12 AM #tuesdaymotivation #fondue night with wifey @sanayairani", he captioned the image on his Instagram stories.

The couple enjoyed a bowl of fresh strawberries dipped in silky chocolate fondue. In his other story, we also spotted their adorable pet Chief Irani Sehgal who also seemed rather interested in sneaking in a bite of chocolate strawberries.

(Also Read: Shilpa Shetty Is Drooling Over This Decadent Dessert In Goa, Guess What It Is! (See Pic)