According to a new study, fewer than two in every 100 packed lunches eaten by children in primary schools meet nutritional standards. 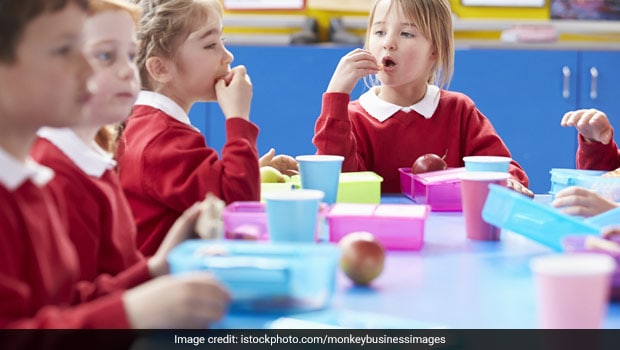 Do you too pack chips, chocolates, pastries, instant foods or any form of packed food in your child's lunch bag? Although these foods might intimidate the kid and his/her friends in school, they severely lack nutritional value in them. It is the scenario in every part of the world, especially in the tier I and tier II cities. Due to their fast paced lives, career and other engagements, parents now-a-days opt for packed foods for kids in their lunch. A recent study said somewhat the same. According to the study, fewer than two in every 100 packed lunches eaten by children in primary schools meet nutritional standards. According to the researchers from University of Leeds, who conducted a major survey in the United Kingdom, the lack of fresh food is to be blamed.

For the findings, published in the journal BMJ Open, the research compared the nutritional quality of packed lunches brought into a sample of primary schools in 2006 and then in 2016.

"This study underlines the role that parents, careers, the government and the food industry have in ensuring children eat more healthily," said study researcher Charlotte Evans from University of Leeds, as per an IANS report. He added, "The research has found that on some fronts, packed lunches have improved but they are still dominated by sweet and savoury snack food and sugary drinks. The vast majority provide poor nutritional quality. Addressing that issue over the next 10 years will require a concerted effort."

The results revealed how the nutritional quality of lunchboxes changed over 10 years. Over the 10-year period, the researchers found that many children did not have any dairy foods in their lunch, and meals did not meet the recommended standard for calcium. There was also a reduction in the number of packed lunches meeting the standards for vitamin A, vitamin C and zinc.

According to the study, there was no reduction in saturated fats and in the portion size of crisps. The researchers said the food industry has not focused on reducing the size of savoury snacks in the same way it has on sweet snacks. Although the amount of sugary food in lunchboxes declined over ten years, it is still higher than recommended.

The researchers also investigated whether packed lunches met the food standards that apply to cooked meals in England's schools. In 2006, eight standards were introduced for cooked school lunches. As per the standards, confectionery, savoury snacks and sweetened drinks are restricted while vegetables, protein and dairy have to be included in each meal. Packed lunches, however, are not subject to any control.

The researchers found that the percentage of packed lunches meeting all eight food standards was very small, increasing slightly from 1.1 percent in 2006 to 1.6 percent over ten years.

This whole situation also leads to one of the biggest threats in today's world - obesity. Speaking about the same, researcher Evans stated, "Improving what children eat at school will help reduce the risk of childhood obesity."

So, every one of us should keep an eye on what our child eats because a healthy body leads to a healthy mind.