A new study now says that a consumption of Mediterranean-type diet during pregnancy may help reduce chances of gestational diabetes. 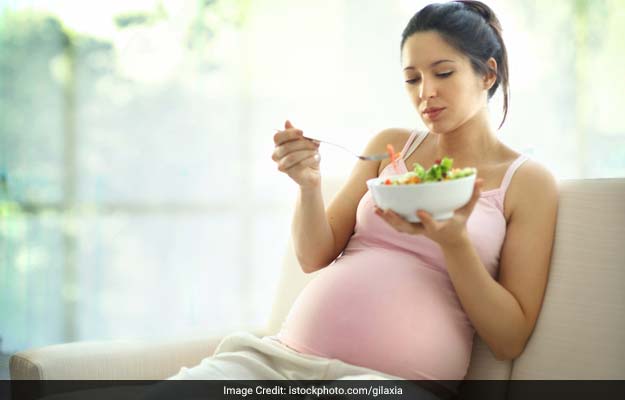 Pregnant women may benefit from consuming Mediterranean Diet during pregnancy

Mediterranean diet is any meal plan that is inspired by the eating habits and dietary patterns of the people of Greece and Italy. The diet is characterised by proportionally high consumption of fresh fruits and vegetables, legumes, olive oil, unprocessed cereals etc. The diet has been found to be healthy for reducing the risks of a number of ailments. A new study now says that a consumption of Mediterranean-type diet during pregnancy may help reduce chances of gestational diabetes. The condition is characterised by high blood sugar levels in pregnant women and it increases risks of developing Type-2 diabetes later on in life.

The study titled, "Mediterranean-style diet in pregnant women with metabolic risk factors (ESTEEM): A pragmatic multicentre randomised trial" was published in the journal PLOS Medicine. The study was conducted by the researchers at Barts and the London School of Medicine, Queen Mary University London. The study was conducted by the participation of 1252 pregnant women admitted in five maternity unites in London and Birmingham. The women were all above the age of 16 and suffered from at least one metabolic risk factor from among obesity, high blood pressure etc. This meant that these women were at higher risks of developing complications during pregnancy.

Out of the total participants, 593 followed the assigned healthy Mediterranean diet, while the rest 612 acted as the control group. The diet was rich in nuts, extra virgin olive oil, fish, white meats, pulses etc. The women were also asked to control their intake of sugary drinks, red meats, butter and cream, fast food and it was found that women who followed this diet were less likely to develop gestational diabetes.

The study report said, "Mothers who followed the intervention significantly increased their consumption of nuts, olive oil, fish, white meat, and pulses and lowered their intake of red meat and butter or margarine compared with the usual care group. Overall, the intervention did not significantly reduce the composite maternal and offspring outcomes; still, it had an apparent protective effect to reduce the incidence of gestational diabetes and gestational weight gain."