Rishi Kapoor celebrated his 67th birthday yesterday. He tweeted about his 'disappointing' experience at a Michelin-star restaurant in New York. 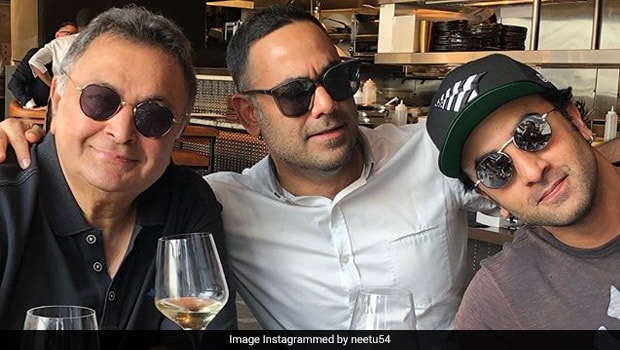 Rishi Kapoor tweets his review of a famous restaurant in NYC; says he was disappointed

Veteran Bollywood actor Rishi Kapoor celebrated his 67th birthday on Wednesday and needless to say, his fans, industry friends and Bollywood fanatics shared their wishes for him on the internet. The actor, who has been in New York ever since he was diagnosed with cancer last September, marked his birthday by expressing his heartfelt gratitude to everyone for their wishes. Kapoor, who was declared cancer-free in April 2019, has been in New York for a year now and he has constantly been in touch with his family and near and dear ones, with some of his friends and peers even visiting him in the U.S. His wife Neetu Kapoor has been keeping his fans updated about his well-being, through regular posts on her social media pages.

His son and actor Ranbir Kapoor has also been in and out of New York to check up on his father. The debilitating disease notwithstanding, Rishi Kapoor has been quite active on social media and today he shared a review of his Birthday meal that he had with his wife at the restaurant 'Daniel'. Kapoor wasn't very happy with his time at the restaurant and said that he was 'disappointed' with the experience that he had. He wrote on Twitter, "Birthday dinner with Neetu at "Daniel" Bouluds flagship restaurant at 65th between Park and Mad.. Disappointed. Highly over rated,over priced and arrogant. Not recommended at all." (sic)

Birthday dinner with Neetu at “Daniel” Bouluds flagship restaurant at 65th between Park and Mad.. Disappointed. Highly over rated,over priced and arrogant. Not recommended at all. One kick up their ass and this is a foodie saying so. pic.twitter.com/sgpuhLvw5x

Daniel is a Michelin 2-star restaurant that French restaurateur and culinary maestro Daniel Boulud is most famously known for. Neetu Kapoor also shared snapshots and videos from the couple's quiet birthday dinner. A video doing the rounds on the internet showed Kapoor cutting his birthday cake as the couple beamed at the camera.

#RishiKapoor cuts the #Birthday cake with adorable and most beautiful @neetu54

A post shared by Omniscent Entertainment🌍 (@omniscent_entertainment) on Sep 4, 2019 at 10:06pm PDT

The couple is out and about in New York quite a bit and they often meet with their friends and family over dinner and lunch. Work-wise, Rishi Kapoor was last seen in the 2018 film 'Rajma Chawal'.