Say Yes To Plant-Based Diet And No To Junk Food For Healthy Heart, A Study Says 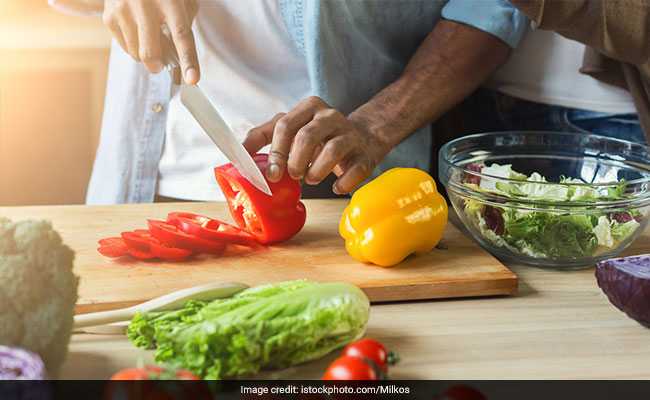 Plant-based diet in the recent past has grabbed the limelight for its several health benefits. From promoting weight loss to healthy functioning of kidney, the plant-based diet has been touted to be beneficial for several people. Adding on to the list of its goodness, a recent study has suggested that following plant-based diet, along with avoiding junk foods, can be heart healthy for people. As compared to people who do not eat plant-based diet, this other set of people can keep heart diseases at bay for a much longer span of time.

As per a report in IANS, the researchers of the study tracked more than 2,000 Greek adults over a 10-year period, beginning in 2002. Participants were asked to complete a detailed food frequency survey at the time of enrollment, after five years and after 10 years.

“At the end of the study period, researchers analysed the relationship between diet and the development of cardiovascular diseases using a dietary index that divided participants into three groups based on the number of animal-based foods (which included meats as well as animal-derived products such as eggs and dairy) they consumed per day,” the report read.

As per the study's lead author Demosthenes Panagiotakos, Professor at Harokopio University of Athens in Greece, "The findings highlight that even a small reduction in the daily consumption of animal-based products - principally the less healthy foods, such as processed meat products - accompanied by an increase in healthy plant-based foods may contribute to better cardiovascular health.”

Also Read: Planning To Go Vegan? You May Just Contribute To Global Climate And Economy

The study also suggested that even in plant-based diet, healthy foods can any day be beneficial to human health than snacking on the unhealthy ones that increase the cardiovascular ailments risks.

The research, as per the IANS report, is scheduled to be presented at the American College of Cardiology's Annual Scientific Session Together with World Congress of Cardiology on March 28-30 in the US.

Also Read: What Is Junk Food? Why Is It Bad For You?