Breakfast recipe: Shilpa Shetty cooks up a delicious yet healhy breakfast recipe that you can cook at home too. Her first meal of 2020 was a simple yet wholesome breakfast - pancakes. 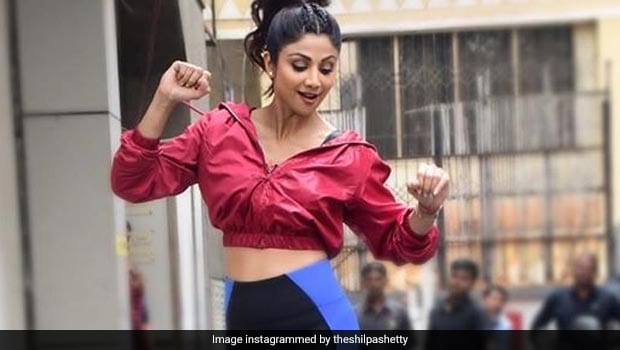 Cooking up healthy food, that is tasty too, may seem like a daunting task- but Shilpa Shetty manages to do it effortlessly every single time. The actress' Instagram feed is testimony to this very philosophy of working hard on your fitness and additionally making sure that the food you eat is delicious to the palate and suited to your dietary needs. Her first meal of 2020 was a simple yet wholesome breakfast - pancakes topped with chopped berries and maple syrup. The breakfast was cooked by none other than Shilpa Shetty's son Viaan Raj Kundra, who is following in his mother's footsteps of acing his kitchen moves! The Bollywood diva has now taken her breakfast game a notch higher with a brand new recipe video that she released on her Instagram handle.

(Also Read: 6 Interesting Ways To Add Beetroots To Your Diet For Overall Health)

Shilpa Shetty described the recipe as 'loaded with benefits' and 'great in taste'. She also followed up the post describing her mission or motto for this year - #GetFit2020. The recipe was for Beetroot Chilla, which the actress said boosts digestion and is a great source of iron and plant protein. Beetroot Chilla was prepared in a similar manner to any other Chilla, with the additional ingredient of Beetroot that added a bright red colour to the Chilla batter. The Chilla was then topped with chopped vegetables and garnished with coriander to give it a wonderful finish and making it a treat for the eyes.

Shilpa Shetty is also known for her Sunday binges, wherein her followers get to see her take a day off her rigorous diet and heavy exercise schedule to just eat what she likes. The Sunday binges are truly an inspiration for foodies all across, who swear by the fitness and food mantra of bingeing on whatever you most wish to eat.

That's not all that Shilpa Shetty has been up to - the actress also shared another simple yet healthy breakfast idea on her Instagram stories. It was simply the classic soaked oats combined with cherries, almonds, goji berries, chia, flaxseeds, and almond milk. The recipe looked easy on the eyes as it was beautiful and colourful and surely would have been a treat for the taste buds too.

Shilpa Shetty also shared a wonderful breakfast idea on her Instagram stories too.

Shilpa Shetty always manages to inspire us with her foodie social media posts. Here's looking forward to many more such recipes and unique food offerings from the fitness diva Shilpa Shetty in the near future as well.