Shilpa Shetty's Sunday binge posts are full of decadence and fun captions. This time she revealed what she does to keep temptations at bay! 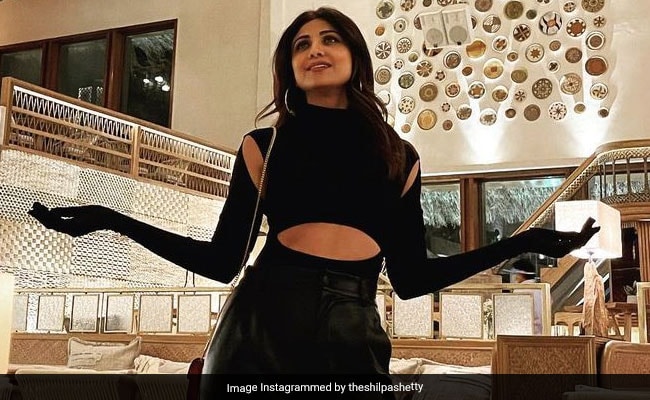 One of the fittest actors of Bollywood, Shilpa Shetty is a foodie at heart and her social media is quite a proof of it. From her easy recipe videos to healthy breakfasts to her Sunday binges, Shilpa is an ardent believer of balancing her diet with occasional indulgences, and she makes sure to let her fans know what's on her plate every now and then. Her Sunday binge videos are popular not just amongst her fans but also her colleagues. The mantra for her Sunday binge is simple - to treat the cravings once in a while and burn off the calories later!

Shilpa's latest Sunday binge tells us how she keeps her temptations at bay, and we all should definitely make a note! Shilpa took to Instagram to share a post of her Sunday binge and it was all about sweet indulgences. In the picture, Shilpa is seen standing beside a table with cake slices over a turntable and fruits such as dragon fruit and apples around it. Shilpa's expression suggested her helplessness at the sight of such decadence. But what grabbed our attention most was that both the picture and caption were posted upside down by Shilpa! Have a look:

The layered slices of the homemade 'rainbow' cake seem to be a multi-flavour one with what seems to be a vanilla cream frosting on top. In her caption, posted upside down, Shilpa wrote, "#happy #sundayvibe #yum #foodstagram #sweettooth #homemade #foodie #instafood #sweets #sundaybinge... I just eat the whole cake at once....so I am not tempted to eat it later!"

Eating the whole cake at once so you aren't tempted again, here's something we can surely take inspiration from Shilpa Shetty Kundra! Don't you think? Don't know about us, but going by Shilpa's strict fitness regime, she would definitely burn all those Sunday binge calories on Monday itself!

We hope to see more such inspirations from Shilpa's food diaries.