Alia Bhatt is making the most of her time at her Mumbai residence with sister and author Shaheen Bhatt. 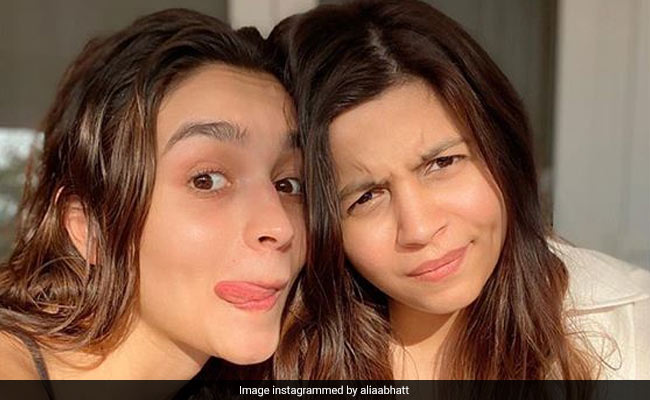 The nationwide lockdown has pushed a lot of our tinsel town celebrities to pick up new activities and hobbies. From cooking to podcasts, stars are keeping themselves engaged in every way possible. Alia Bhatt too is making the most of her time at her Mumbai residence with sister and author Shaheen Bhatt. The sister-duo donned the apron on Friday night and baked themselves a delish cake and banana bread. Alia Bhatt shared an Instagram post giving her fans a glimpse of the final outcome. The caption read, "Stayed home & ...baked a little with the sister @shaheenb made the real chocolate cake & I made the grain free paleo banana bread #learntsomethingnew "

Alia Bhatt  has also shared her penchant for baking and cooking on her YouTube channel, where in one of her videos she made beetroot salad and chia pudding.

Alia Bhatt was last seen in the mega multi-starrer 'Kalank' opposite Varun Dhawan. While the film failed to meet the expectations at box office, Alia Bhatt was praised for her performance. She is also on a winning spree for her role in Gully Boy. Alia would be seen in Ayan Mukherji's Brahmastra opposite Ranbir Kapoor, she has also been roped in as the lead for Gangubai, a gritty biographical drama based on the life of Mumbai-based mafia queen Gangubai Kathiawadi. Gangubai would be directed by Bajirao Mastaani director Sanjay Leela Bhansali and would hit the theatres next year.