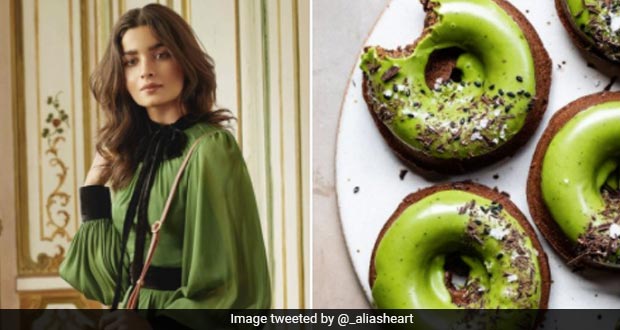 Alia Bhatt's fashion was compared to donuts in this viral Twitter thread.

Versatile actress Alia Bhatt has donned a number of roles in her career - from an undercover spy to an MBA student. Apart from her acting chops, the actress is known for her quirky sense of fashion. She dons some interesting, colourful outfits every time she ventures out of home. The actress has lots of vivid hues in her wardrobe, and this was the subject of a recent Twitter thread which is going viral. A Twitter user compared her looks to glazed donuts, and the results were indeed delicious! Take a look at the viral Twitter thread:

The thread was started by the username _aliasheart on Twitter. The user compared Alia Bhatt's iridescent couture to coloured donuts much to Twitter's delight. Some of the dresses were exactly the same like the glazed donuts decorated, making us wonder if they were the inspiration behind Alia Bhatt's fashion!

We recently saw a similar thread doing the rounds on the internet. The viral Twitter thread had compared global singing sensation Rihanna to all kinds of Indian foods - from snacks to drinks and even mithai. Take a look at some of the best looks from that Twitter thread too:

Promoted
Listen to the latest songs, only on JioSaavn.com
— deepraj (@deepraaajjj) May 11, 2020

Have you seen any such twitter threads recently? Tell us in the comments below!