On Monday, sunny Leone took to Instagram to give some fun BTS from the shoot of 'Anamika'. 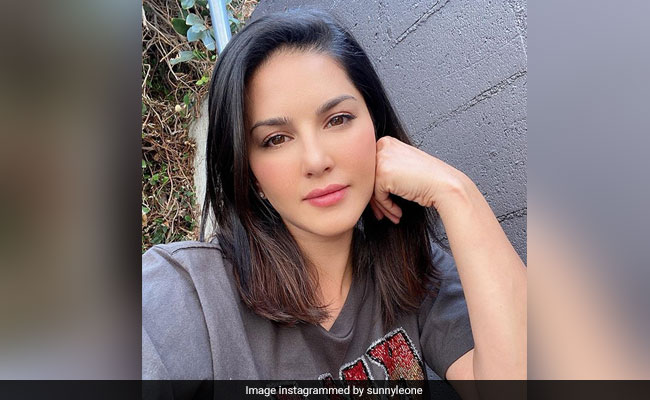 Sunny Leone is a Bollywood actor and popular TV personality

Sunny Leone who would be starring in director Vikram Bhatt's web series 'Anamika' looked quite happy to be on set after so long. The web series that also stars Sonnalli Seygall of 'Pyaar Ka Punchnama' fame is said to be an action thriller and will have a total of ten episodes. The cast began for the series in the last week if December, and are all set to release it on a major OTT platform soon. "A new journey starting with the ever so nice @vikrampbhatt", Sunny wrote in one of her Instagram posts announcing her association with the project.

On Monday, sunny Leone took to Instagram to give some fun BTS from the shoot. In one of the posts shared by her, she was seen dancing with a plate and a matka next to make-shift chaat stall in a popular Mumbai studio.

In her stories she was also posed next to two bags of smashed puris lying on floor. "Just another day at work with paani puri!!", she wrote in her caption, in another picture that followed soon after she wrote "I did not make this mess". The cast and the crew also celebrated birthday of costume designer Hitendra Kapopara on the set with a big chocolate cake later.

Sunny Leone will also be seen in the weekend episode of Bigg Boss 14 this weekend. The promos suggest that she would be entering for a special bit and chat with contestants too.