Avika Gor began by explaining how she had 'let go too much' and ate anything and everything without working out. 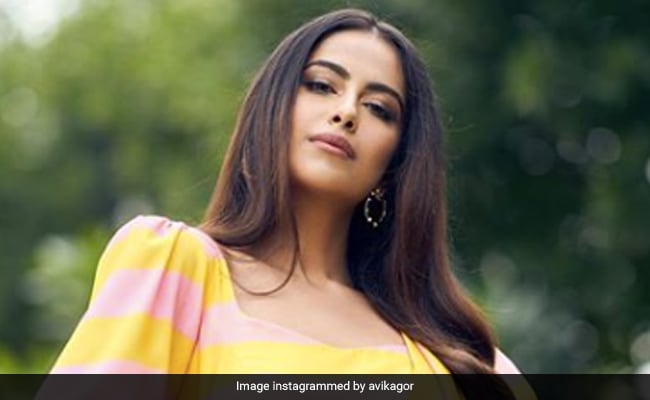 Avika Gor shocked her followers with her incredible weight loss.

Balika Vadhu actress Avika Gor achieved instant stardom at a very young age, and is a well-known name in the television and film industry. However, not many know about her struggles with body image, weight loss and diet control. She recently penned a post on Instagram about how she consciously decided to lose weight to become healthier. Avika Gor began by explaining how she had 'let go too much' and ate anything and everything without working out. Take a look at her post.

"I still remember one night last year, when I looked at myself in the mirror & I broke down. I didn't like what I saw. Big arms, legs, a well-earned belly. I had let go too much. If it were due to an illness (Thyroid, PCOD, etc), it would be okay because that would be out of my control. But, it happened because I ate anything & everything, and I didn't workout at all. Our bodies deserve to be treated well, but I didn't respect it," wrote Avika Gor in the caption.

She revealed how she decided that she had enough and it was time to change habits and lifestyle for good. However, this was easier said than done and it was not a one-day process either. "Nothing changed overnight. I just started to focus on the right things... things that I should be proud of (like dancing). I kept trying to eat better & working out, and I had various setbacks. But, it was important that I didn't stop. And my people were constantly there to guide me," she wrote.

Talking about her struggles with eating, Avika Gor said that she did not make the best possible choices for a long time. "Where do I start? Vadapav? Oh, I love Vadapav! Give me 2 mins, I'll be back. OK wait. No. No, Avika! Bad choice! I mean a good choice for taste, but bad for health. Why couldn't Vadapav be healthy for us," contemplated Gor.

Further, the choice was between a healthy meal and junk food which could both be tasty in their own way. However, Avika Gor admitted that she mostly chose the latter.

She confessed, "Between a healthy (which can also be tasty) meal & junk food, you can guess what I always chose. I didn't eat for food, I ate for my mood, and that choice ain't good." "I thought, I anyways don't look great, what do I have to lose with a few extra french fries. Well, I know what I gained!"

Thus, the moral of the story is that weight loss is not something that can be achieved overnight. It involves a string of healthy choices that you have to make on a daily basis to give the desirous results. We all hope to take some inspiration from Avika Gor's incredible weight loss journey.