The Dabba Challenge is a challenge that started to go viral on social media. The idea is to explore healthy recipes in your lunch meal or 'dabba'. 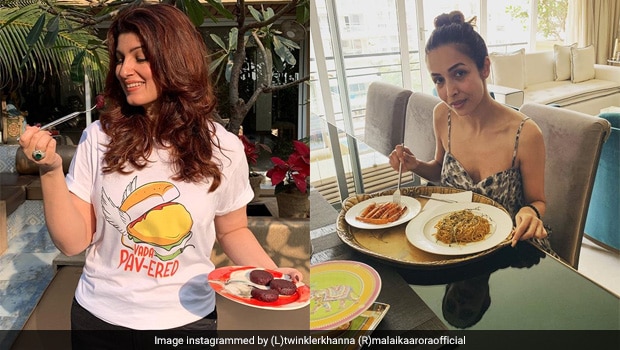 The Dabba challenge was started and several celebrities also took part in it.

Fitness is not just a concept; it is a way of being. Once people begin their journey on the route to fitness, they find it hard to imagine a life without it. The initial push requires some effort, but once the ball is rolling, it is simply a way of life. Many celebrities prove that they swear by fitness not just when they're at home, but even outside of it. Several bigwigs of the industry were seen trying the 'Dabba Challenge', which was started by producer-writer Twinkle Khanna.

The Dabba Challenge is a challenge that started to go viral on social media, with the hashtag #WhatsInYourDabba. The idea is to explore healthy recipes and switch to them as a part of your lunch meal or 'dabba'. Twinkle Khanna started the challenge, sharing a picture of herself in a t-shirt that said, "Vada Pav-ered," further elaborating how she is occasionally a girl who indulges in the much-loved street food but she still swears by eating healthy treats in her dabba. Her yummy healthy treat, which she was seen eating in the picture, was a beetroot tikki for which she shared the recipe in her caption as well. Twinkle Khanna nominated her husband Akshay Kumar, fitness diva Malaika Arora and actress Sonali Bendre as well for the challenge to share their healthy recipes. All three of them shared their favourite healthy treats on their social media handles.

Akshay Kumar shared the recipe of avocado toast and chia pudding wearing the same t-shirt as his wife Twinkle Khanna. He wrote in the caption, "Eating clean is not an option but a way of life for me. Here's a glimpse at what makes me spring into action this morning." Sonali Bendre's healthy treat in the Dabba Challenge was a sweet potato recipe cooked traditional Maharashtrian Sabudana khichdi-style. "As they say, you are what you eat! And my mantra has always been not to measure my food... but instead watch what I eat," said Sonali Bendre.

Malaika Arora, who is known to be extremely fitness conscious, shared the recipe for zucchini noodles with red bell pepper sauce made with locally-sourced ingredients.

Another super-fit celebrity who took the Dabba Challenge was Shikhar Dhawan, after being nominated by Akshay Kumar. Instead of sharing the recipe for just one dish, he shared his entire healthy breakfast spread! The ace batsman was seen starting his meal with papaya and pineapple sprinkled with flaxseeds and sunflower seeds. He followed this up with baked beans and avocado toast for the good fats, as well as a masala uttapam and sambar for the carbohydrates that would keep up his energy the whole day. Take a look:

Shikhar Dhawan also shared his version of the Dabba challenge.

This was a wonderful example of how social media challenges are being put to great use. What an easy way to motivate people to eat healthy and focus on fitness because these recipes definitely had us drooling and waiting to try them within our own kitchens. Here's hoping we get more such healthy food ideas on our social media timeline every day!