Viral: The latest celeb to get pulled into the Twitter trend of funny memes is Dakota Johnson. The 'Fifty Shades Of Grey' star entered into a grey area with an innocent lie. 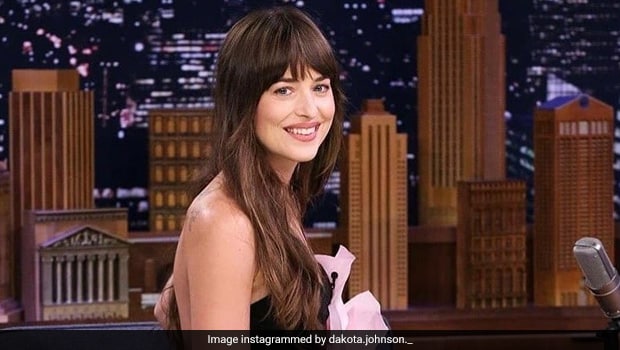 One tiny mistake can turn into a meme fest. Many celebrities have been the victim, or should we say, the protagonist of meme posts in the past. The latest one to get pulled into the Twitter trend is Dakota Johnson. The 'Fifty Shades Of Grey' star entered into a grey area with an innocent lie, which Twitter wasn't generous enough to ignore. If past memes have been any proof, we now very well know that Twitter is quite unforgiving. So, what really happened with Dakota Johnson? Here's the whole story.

Not too long ago, Dakota featured in an architecture video, giving a virtual tour of her house. In her kitchen, was a bowl of limes for which Dakota announced, "I love limes, I love them. They're great. I love them so much and I like to present them like this in my house."

However, in a recent interview with The Tonight Show Starring Jimmy Fallon, Dakota revealed that she actually hates lemon, in fact, she is allergic to them! "I actually didn't even know that they were in there. It was set dressing. I'm actually allergic to limes...mildly allergic. And honeydew melon, limes make my tongue itch," she said.

Dakota further explained that she didn't even know that the limes were there until she walked into the room, and as a professional, just rolled with it.

Well, this seemingly small revelation led to a huge meme fest on Twitter, with users making funny posts around Dakota's 'lie'. Here are some of the hilarious Twitter posts that are making all the other users, including fans, giggle.

this is the same energy as when robert pattinson lied abt seeing a clown die and being a hand model on talk shows pic.twitter.com/KT0mzbs6vv