A new study says that giving kids a larger portion and variety of snacks may make them eat more and lead to more weight gain. 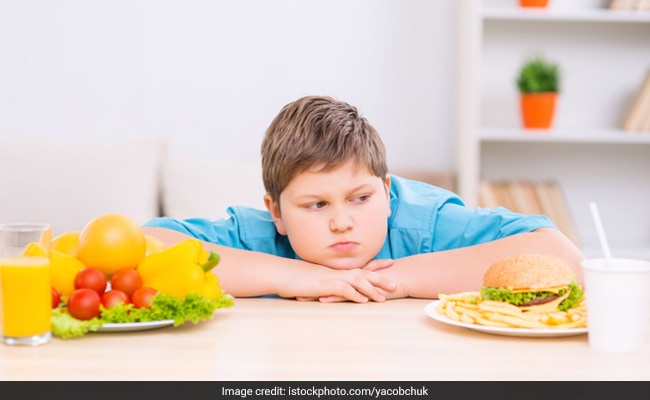 Obesity is a condition wherein there is excessive body-fat buildup, which may lead to a variety of health problems. The chronic condition although self-diagnosable and self-treatable, may be difficult to solve if a person's eating habits are moulded in a way to consume more calories than they can burn. This is why health experts have stressed the need to inculcate healthy eating habits from childhood. Obesity is said to be reaching the status of an epidemic the world over, as more and more fast foods and packaged foods get incorporated in our daily meals. A new study has now addressed the issue of unhealthy snacking habits in kids, saying that giving kids a larger portion and variety of snacks may make them eat more and lead to more weight gain.

The study published in the Journal of Obesity said that instead of focusing on plate-size, parents or guardians of kids must instead focus on providing them with lesser quantities and less variety of junk foods. The study researchers found that neither the size of containers, nor the way of presentation of snacks affected the amount of snacking in kids and that it is mainly driven by the variety and quantity of snack foods available to them. The researchers suggested that both kids and adults would do well to consume energy-dense or high-calorie foods occasionally and that these don't need to be a part of their daily meals.

For the study, the researchers looked at the health of 1880 children aged 11 or 12 years of age, as well as their parents by studying a variety of factors from physical activity to sleep. The participants were asked to eat during a 15-minute snack break between 20 other health assessments at the Child Health CheckPoint. The participants, both kids and parents were given a snack box with a variety of food items including cheese, crackers, biscuits, muesli bars, a tub of peaches and chocolates. They offered the snacks in a variety of different container sizes and also changed the quantities and varieties of the snacks and then recorded the quantity of food left uneaten and the number of calories consumed.

"There has been a popular push by nutritionists and public health officials towards replacing large dishware with smaller versions to nudge people towards healthier decisions. But we have found dishware size has very little effect on the amount of food consumed," said Jessica Kerr, lead researcher of the study. Talking about the findings, the researchers asserted, "Children who were offered more snack items consumed considerably more energy and a slightly higher food mass. Manipulating box/container size had little effect on consumption."