Why Do We Overeat While Watching TV? Here's What Experts Say

As per the study, when our complete attention and senses are taken up by a particular task, we are less likely to be able to understand how much extra food or drink we consumed. 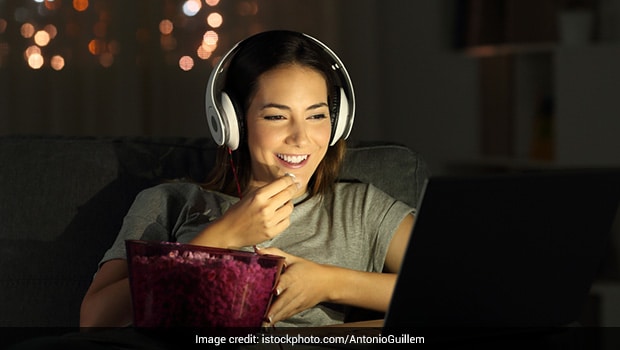 Gorging on snacks and popcorns while watching television or playing video games is a common phenomenon. While doing so, we end up eating much more food than our appetite. You might think this occurrence to be a mere habit; but trust us, there's science behind it! A new research from the University of Sussex has stated that it is difficult for people to notice they are full, if their attention is elsewhere or into some perceptually-demanding task. The findings of study were published in the journal Apetite.

As per the study, when our complete attention and senses are taken up by a particular task, we are less likely to be able to understand how much extra food or drink we consumed.

A team of researchers conducted this study on 120 participants, where the latter were provided with low and high calorie drinks and some varied tasks, which required both low and high amount of attention.

It was found that the participants who were engaged in tasks demanding high amount attention consumed same amount of follow-up crisps "regardless of whether or not they were initially given a high or low-calorie drink", read a report published on the portal of University of Sussex. However, the group doing less attentive task were able to adjust the amount of food as per the appetite.

"Our study suggests that if you're eating or drinking while your attention is distracted by a highly engaging task, you're less likely to be able to tell how full you feel," stated Professor Martin Yeomans from the School of Psychology at the University of Sussex.

"This is important for anyone wanting to stay a healthy weight: if you're a habitual TV-watching snacker- watching, say, an engaging thriller or mystery, or a film with a lot of audio or visual effects -- you're not likely to notice when you feel full. Video-gamers and crossword solvers should also take note!" he added.