Can't Stop Overeating? A Gene May Help You Control Your Food Intake 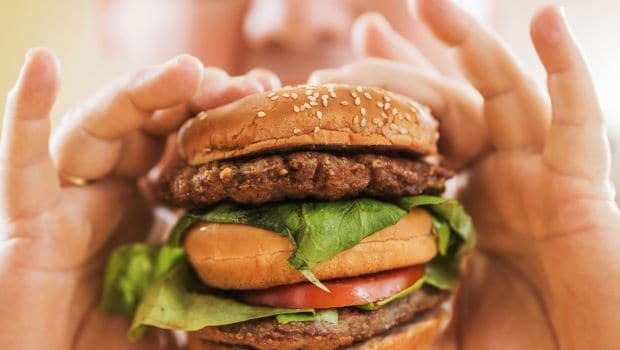 Highlights
A country where 270 million people live below the poverty line, obesity seems to be a distant issue, meant for the rich folks of the first world. But India is under siege: junk food, alcohol and sedentary lifestyle are leading us to silent self-destruction, making one in every five Indian men and women either obese or overweight. Further, obesity among children and adolescents too is rising rapidly. Over eating or excessive intake of food is one of the major reasons of obesity among the masses. People who overeat have a clinical disorder called binge eating disorder (BED). People with BED compulsively eat large amounts of food in a short amount of time and feel guilt or shame afterward. And they do so often: at least once a week over a period of at least 3 months, thus leading to obesity. A recent research has led to the discovery of a gene that could prevent over-eating. Scientists discovered a gene that triggers a feeling of fullness and could help you prevent the urge to overeat.

Researchers from Monash University in Melbourne and the University of Copenhagen said their findings could lead to the development of a drug that reduces appetite and increases desire for exercise. The gene, which controls signals between the brain and the intestines, was discovered in roundworms, but a similar one is found in people, said the scientists. It is also believed to be behind the need to sleep after eating, which happens only when the body has stored enough fat.Associate Professor Roger Pocock who conducted the research said, “When animals are malnourished they seek out food by roaming in their environment. When they're well fed they have no need to roam, and when they're fully sated they enter a sleep-like state." Dr Pocock further added, "Because roundworms share so many genes with humans they are a great model system to investigate and gain a better understanding of processes like metabolism as well as diseases in humans."

CommentsThe research, published in the Proceedings of the National Academy of Sciences, could pave the way for an alternative method to help people stay slim, said the scientists. The roundworm was chosen for the experiment because its brain is relatively simple, with just 302 neurons and 8,000 synapses. Humans, in contrast, have 100 trillion synapses and billions of neurons - but still share up to 80% of genes with the worm, said Dr Pocock.

The development of such a drug can reduce the urge of eating excess which will lead to decrease in the number of obese people throughout the world. But like other medicines, exploitation of such an impactful invention may lead to anemia, malnutrition and other such diseases which can be a by-product of eating less or insufficient amount of food. Although for now it sounds like a boon for every obese person who is also a sufferer of overeating.