Can Your Brain Trick You Into Losing Weight? 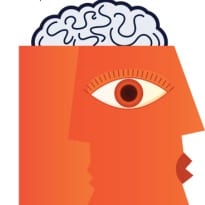 Brain circuitry can trick your body into losing weight, says a study.

Scientists from Sydney and New South Wales Universities, identified the brain circuitry that can trick the body into losing weight.

They have shown that the neurotransmitter Neuropeptide Y (NPY), known for stimulating appetite, also plays a major role in controlling whether the body burns or conserves energy, according to a Sydney statement.

The researchers found that NPY produced in a particular region of the brain - the arcuate nucleus (Arc) of the hypothalamus - inhibits the activation of 'brown fat'1, one of the primary tissues where the body generates heat.

"When you don't eat, or dramatically curtail your calorie intake, levels of NPY rise sharply.

"High levels of NPY signal to the body that it is in 'starvation mode' and should try to replenish and conserve as much energy as possible.

"As a result, the body reduces processes that are not absolutely necessary for survival," said Herzog.

"Evolution has provided us with these mechanisms to help us survive famine, and they are strictly controlled.

Comments"When people had to survive by finding food or hunting game, they could not afford to run out of energy and die of exhaustion, so their bodies evolved to cope," concluded Herzog.
For the latest food news, health tips and recipes, like us on Facebook or follow us on Twitter and YouTube.
Tags:  Weight LossObesityBrain