Can Peanut Studies Find A Cure For Other Allergies? 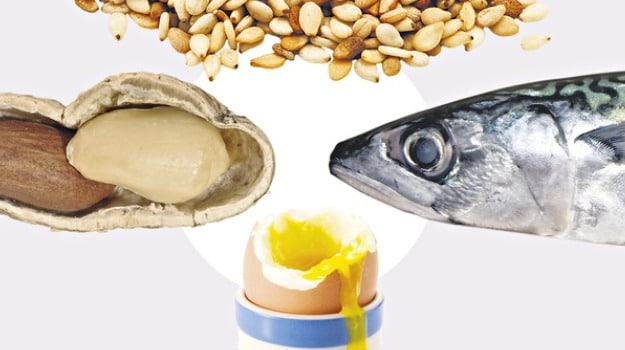 Allergies are on the increase, but new research into peanut sensitivity in children gives hope to those who react to other foods

When it comes to allergies, good news is generally in short supply. Whether it is the numbers of children carrying inhalers, hospital admissions for serious reactions, or food allergy data, the trends always seem to go up. So a report that consumption of peanut products by young children can cut their risks of developing peanut allergy was welcome – as was the news that 80% of children taking peanut proteins with probiotics in an Australian clinical trial were able to tolerate the nuts.

Related: Peanut allergy researchers say they may have found key to a cure

But is the perception that allergy rates are rising relentlessly accurate, and, if so, why is it happening? More positively, could the peanut findings be applied to other allergies?

The statistical picture is mixed. Allergy UK says one in three people have at least one allergy, and a quarter of us have hay fever. The number of children with eczema and allergic rhinitis, caused by reactions to pollen, dust and animal dander, roughly trebled from 1970-2000, but has since plateaued. However, there were 7.7% more admissions to NHS hospitals in England for allergies in the 12 months to February 2014 than in the previous year – and a 2007 study found rises in admissions of 700%, 500% and 100% for potentially deadly anaphylactic allergic reactions, food allergies and hives respectively since 1990.

“It’s hard to know how much of it is due to greater awareness and increased pick-up, and how much is real increases. However, most specialists agree that allergies are on the rise,” says Dr Tariq El-Shanawany, a consultant immunologist at Cardiff and Vale NHS Trust.

In the UK, 5-8% of children and 1-2% of adults have food allergies, and related hospital admissions rose by 87% between 2002 and 2013. “These are especially worrying because the length of time people have them is growing, their severity is growing and numbers of children allergic to multiple foods is also increasing,” says Maureen Jenkins, clinical director of Allergy UK.

Allergic reactions occur when the immune system wrongly identifies harmless allergens such as pollen or dust as harmful and activates defence mechanisms. Scientists cannot say precisely why these have become more common, but most point the finger at lifestyle changes in developed countries. According to the “hygiene hypothesis”, in the past, our immune systems were more finely tuned, thanks to greater levels of infections and contact with a wider variety of microbes and parasitic worms during childhood. Clean water, pasteurisation and sterilisation, vaccinations and widespread antibiotic use have helped to dramatically increase life expectancy. The flip side is that we encounter far fewer infectious agents and, as a result, our immune systems are less well primed to tell friend from foe. There is plenty of research to support the theory. Last year, Swedish researchers found that children who live on dairy farms have one-tenth the risk of developing allergies compared with other children.

The increase in caesarian sections has also played a role. During vaginal births, babies come into contact with their mother’s bacteria as they pass through the birth canal, helping their immune systems develop. Studies have found that those born by C-section can be up to five times more likely to have allergies.

Shifts in western diets towards more processed food have narrowed the range of microbes in our guts, which play an important role in regulating immune responses. Vitamin D deficiency from spending less time outside, and a lack of exercise have also been blamed. “Western lifestyles are associated with higher rates of allergies, and it’s probably lots of factors adding together, rather than one specific cause,” says El-Shanawany.

Disentangling these causes will no doubt keep researchers busy for years. In the meantime, what can be done to reduce the burden of suffering, from runny noses to potentially fatal reactions? While antihistamine tablets, sprays and creams provide relief, the main treatment is avoidance of the triggers. Immunotherapy, which involves exposing patients to small and gradually increasing doses of their allergens, can reduce the strength and frequency of allergic reactions. It is available for severe cases of bee and wasp sting allergy, hay fever and animal allergies, but is costly and can take up to five years.

Although still at the experimental stage, there have been some promising studies suggesting the same approach could work for some people with allergies to eggs, milk and peanuts, while the recent Australian study suggested the effectiveness of immunotherapy for peanut allergy could be increased by providing the immune system with extra good bacteria. Researchers are seeking to improve immunotherapy success rates by, for example, using the specific proteins in pollen that cause hay fever rather than a mixture of all of them. Clinical trials are also underway of “designer desensitisation” approaches that involve modifying the proteins that trigger allergic reactions.

More advanced and highly promising is recent work that could significantly cut food allergy rates, leading to some of the recent positive headlines: the Learning Early About Peanut allergy (Leap) study, published in February. Professor Gideon Lack of King’s College London and his team found that among more than 600 children prone to peanut allergy (those found to have severe reactions were excluded from the study), 3.2% of those whose parents had fed them food containing peanuts developed the condition, compared to 17.2% for those who avoided doing so. The findings are expected to lead to new public health guidelines. “The real significance is that we now have a strategy to prevent peanut allergy, which we didn’t have in the past,” says Lack.

Another study, due to be completed this year, should reveal whether early consumption of eggs, milk, fish, wheat and sesame can similarly cut allergy rates. “There is no reason to believe it won’t work for other foods, but we need to look at the evidence before we can give any advice,” Lack adds.